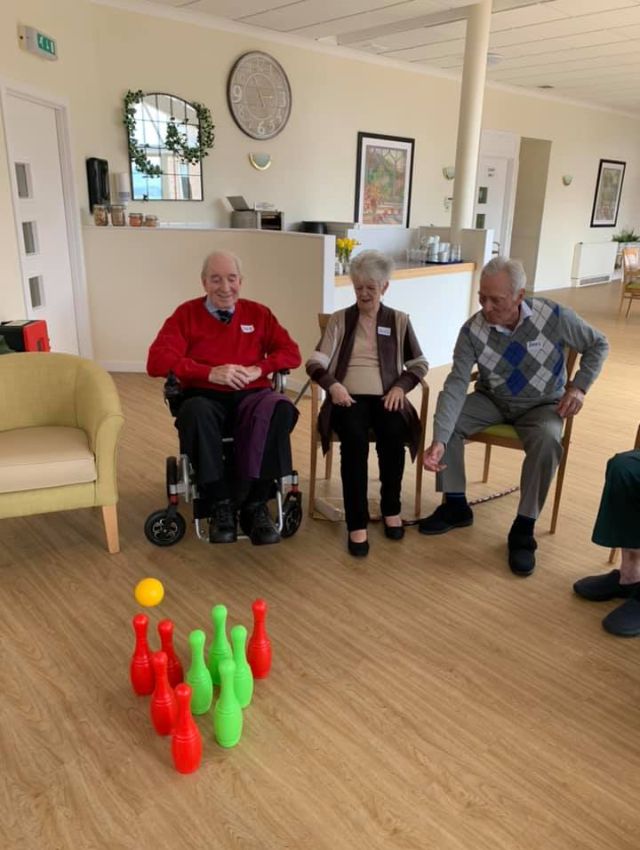 After attending ‘Cognitive Stimulation Therapy for Dementia’ training in January, Becks Brice, Alastrean House’s Activities Coordinator, has been enjoying some therapy with the residents. Alice, John, Jack, Margaret, Isobel, Bill & Owen all took part in the first session on the 11th of April and really got into it!

Becks explains the basics of the therapy “CST is a group treatment which involves 14 or more sessions of themed activities, which typically run twice weekly. Sessions aim to actively stimulate and engage people with dementia, whilst providing an optimal learning environment and the social benefits of a group. The effects of CST appear to be of a comparable size to those reported with the currently available anti-dementia drugs.”

The sessions always starts with the group introducing each other and creating name badges. They then decide on a group name and theme song which they sing before and after every session! “Over much deliberation and amusement, our group decided on calling themselves ‘The Alastrean Jets’ with ‘Leaving on a jet plane’ to be the theme song. This thoughtfully ties in with Alastean’s RAF connection which the group thought was very fitting” Becks tells us. After that the group then takes part in an activity for example skittles or a quiz. They then summarise the session and enjoy a nice cup of tea and cake.

Becks adds “The residents really seemed to enjoy the session with a few of them socialising and taking part more than they usually would. It will be really interesting to see how they benefit over the coming weeks!”