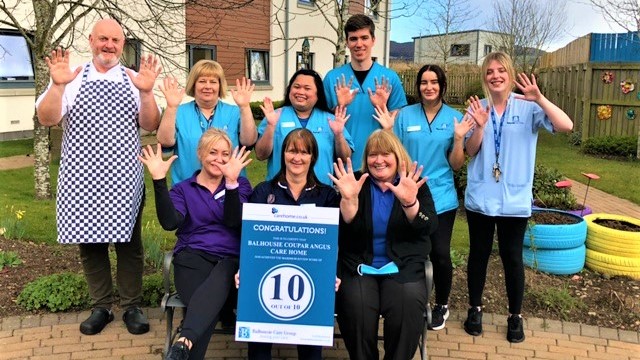 Balhousie Coupar Angus, part of the award-winning Balhousie Care Group, ranks as one of the best care home in the country after achieving a rating score of 10 out of 10.

The accolade comes from the highly regarded carehome.co.uk whose ratings are based on reviews from residents and their families.

The 41-bedroom home, which occupies a modern, purpose-designed building in the Perthshire town, is ranked as 7th best in Scotland. It is lauded on the site for its accommodation, food and the attentiveness of staff.

One wife of a resident said she was “so fortunate to choose this home. What a treasure the staff are. They cared for [my husband] beyond ‘it’s my job’.” Following her husband’s passing, the reviewer still visits the home.

“The staff were attentive and I can’t rate them highly enough,” another reviewer said of the care given to her grandmother.

Sheilah Harvey, Head of Operations at Balhousie Care Group, said:
“It’s wonderful to see the hard work of the Coupar Angus team rewarded with a rating of 10 out of 10. That it is ranked 7th in Scotland is testament to the dedication shown by Coupar Angus staff during the toughest two years the sector has endured. Having feedback directly from users is a great litmus test for the care our homes provide, which is why we value our carehome.co.uk ratings.”

Tom Hill of carehome.co.uk praised Balhousie Coupar Angus for its “glowing reviews” on the site.
He said: “Achieving a perfect 10 review score on carehome.co.uk is a real testament to the staff at Coupar Angus who have obviously gone above a beyond in the way they care for their residents during what has been a very challenging couple of years.”

Balhousie Coupar Angus Home Manager Morag Shea took up her role at Coupar Angus a year ago. She said: “I couldn’t be more proud of my staff and my heartfelt thanks goes to the relatives and residents who have helped us reach this milestone. Despite the immense challenges of the COVID pandemic, my staff have excelled in providing extraordinary care and a loving and stimulating environment for our residents.” 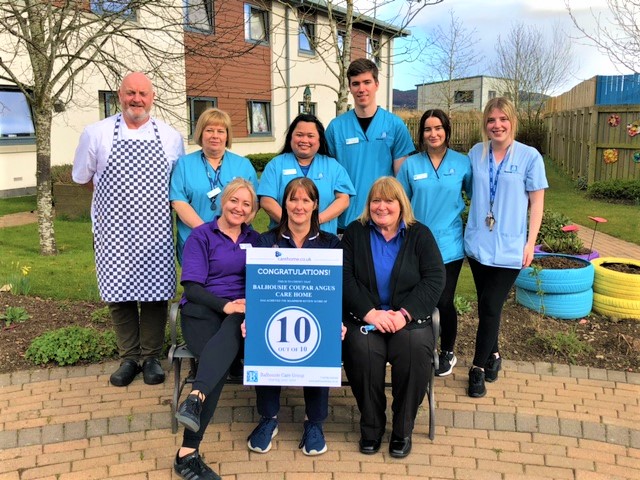 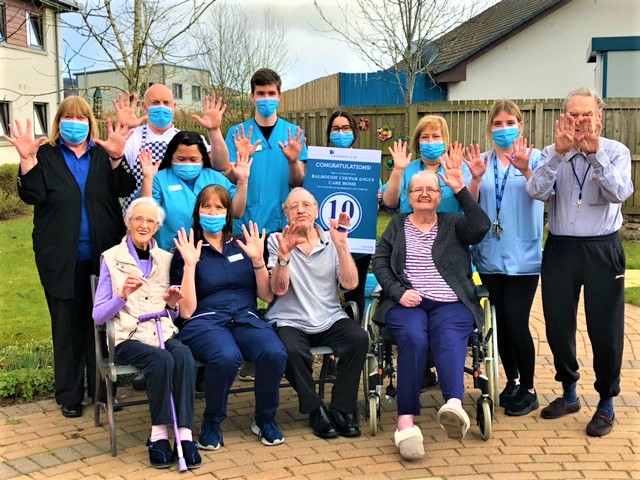 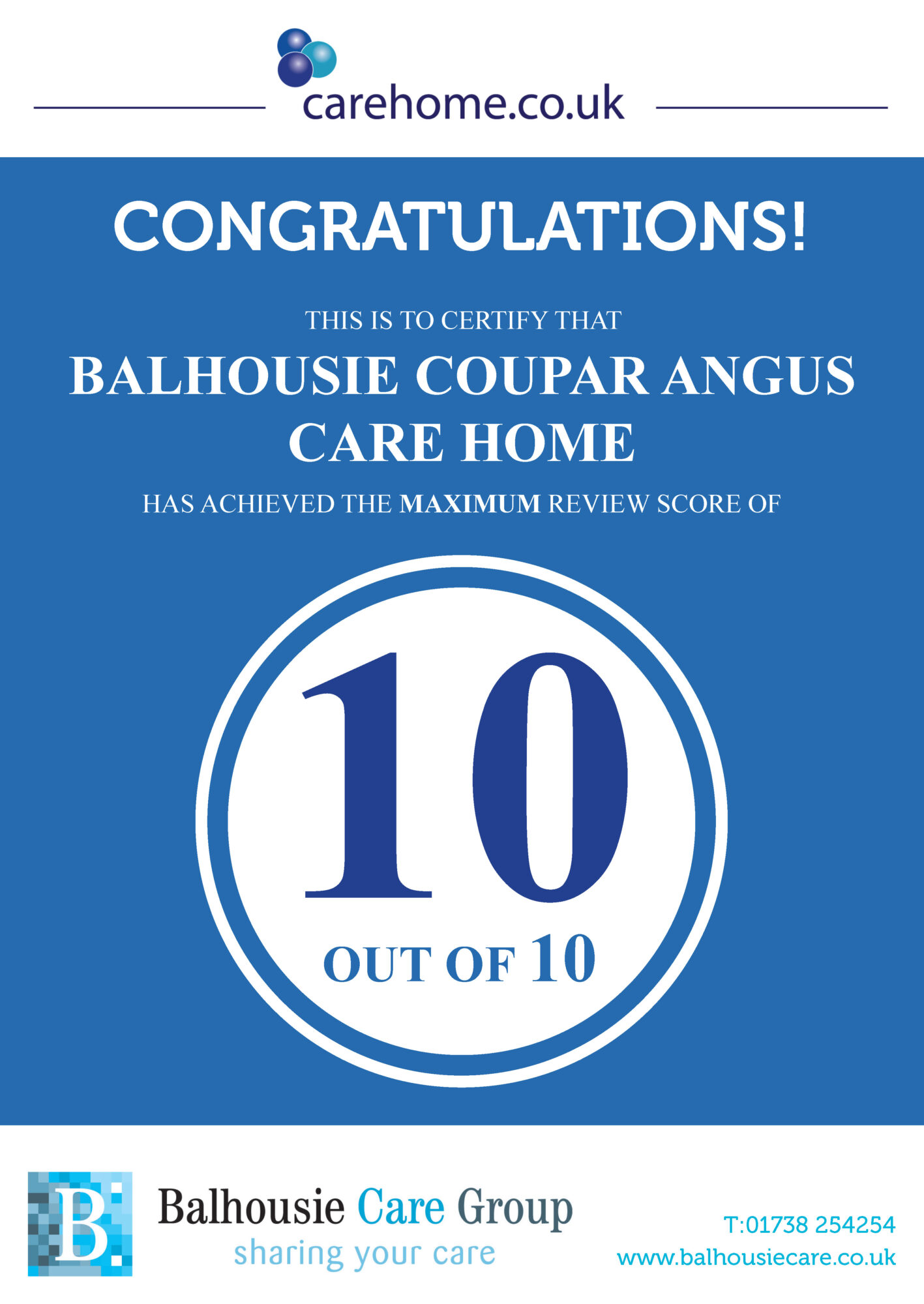