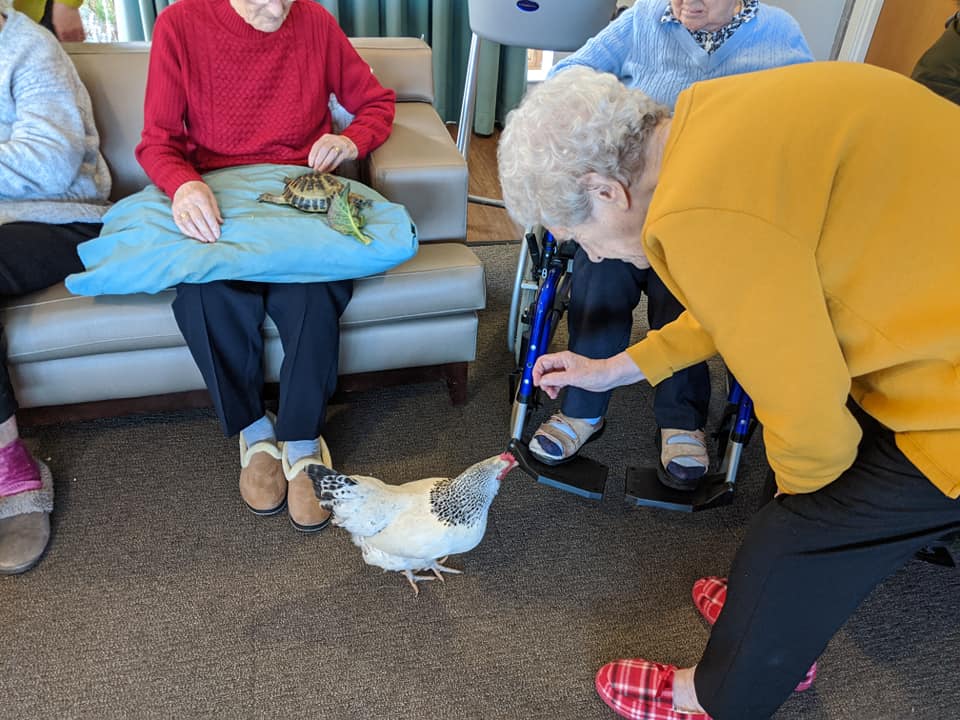 Balhousie Monkbarns had a visit from the wonderful Eden’s Garden this afternoon.

The residents were thrilled to see such an eclectic mix of animals. There were Rabbits, Guinea pigs, Mini pigs, Tortoises, a Bearded Dragon, but the star of the show was definitely the sassy Chicken!

The Chicken wouldn’t settle for anyone apart from resident Janet’s great grandson, who was lucky enough to get a quick cuddle, before it began strutting its stuff once again around the cafe.

Betty bravely decided to hold the chicken however it had other ideas, and was a bit of a diva at the prospect of having his photo taken!

The bearded dragon was definitely another firm favourite especially with Rae and Margaret who didn’t want to give him up!

Gisela was also reluctant to give up her mini pig, she was amazed by how warm and soft it was.

Everyone had a wonderful afternoon and it was great to see the members of staff and family members getting involved in the action too! Here’s some more pics of the visit: 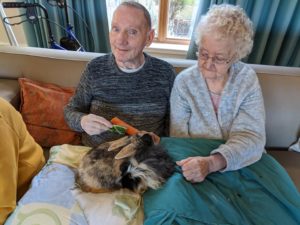 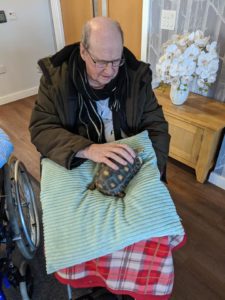 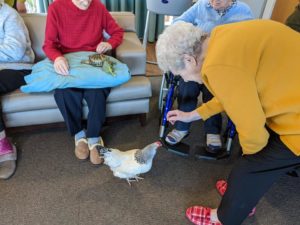 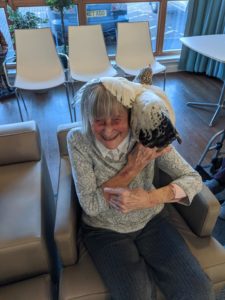 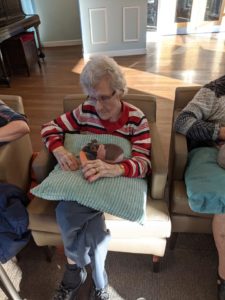 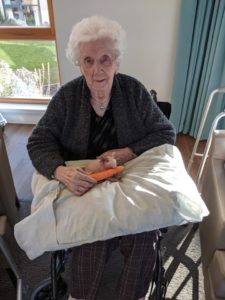 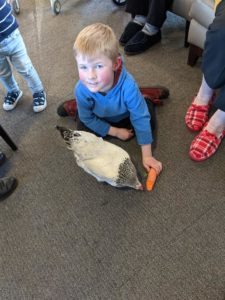 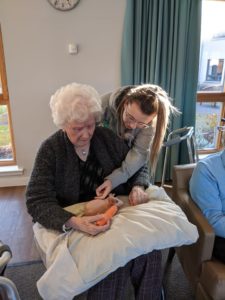 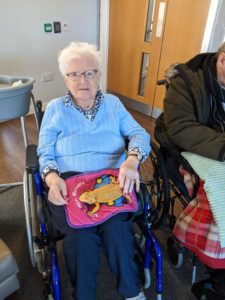 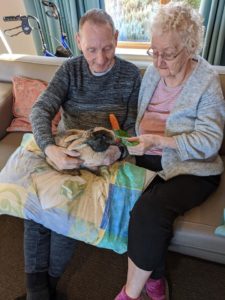