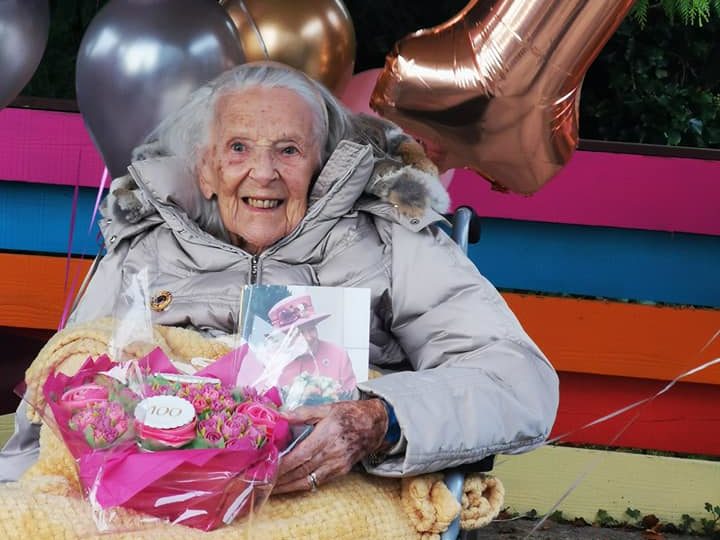 A Bletchley Park codebreaker who was part of a team credited with shortening World War II has celebrated her 100th birthday.

A Scottish piper helped celebrate the centenary of Jane Ewart-Evans on November 4th at Balhousie Dalnaglar care home in Crieff, Perthshire where Jane is a resident. Among the many cards and flowers she received was a special birthday card from Her Majesty The Queen.

At the age of 25, Jane and her sister Diana were part of a team of codebreakers who are often said to have shortened World War II by two years.

Born in Calgary, Canada, Jane travelled to England in 1932. She went on to teach English for a family in Berlin where she learned to speak German, returning home to England before the war broke out in Europe. Then in 1940 Jane and Diane went to work at Bletchley Park.

Working in ‘Hut 6’, Jane was in the wartime section of the Government Code and Cypher School at Bletchley Park, the secret base near Milton Keynes, tasked with the solution of German Army and Air Force Enigma machine cyphers.

Jane married her husband Denis in 1943 and returned to Bletchley Park after her honeymoon, while Denis returned to his regiment in the Army.