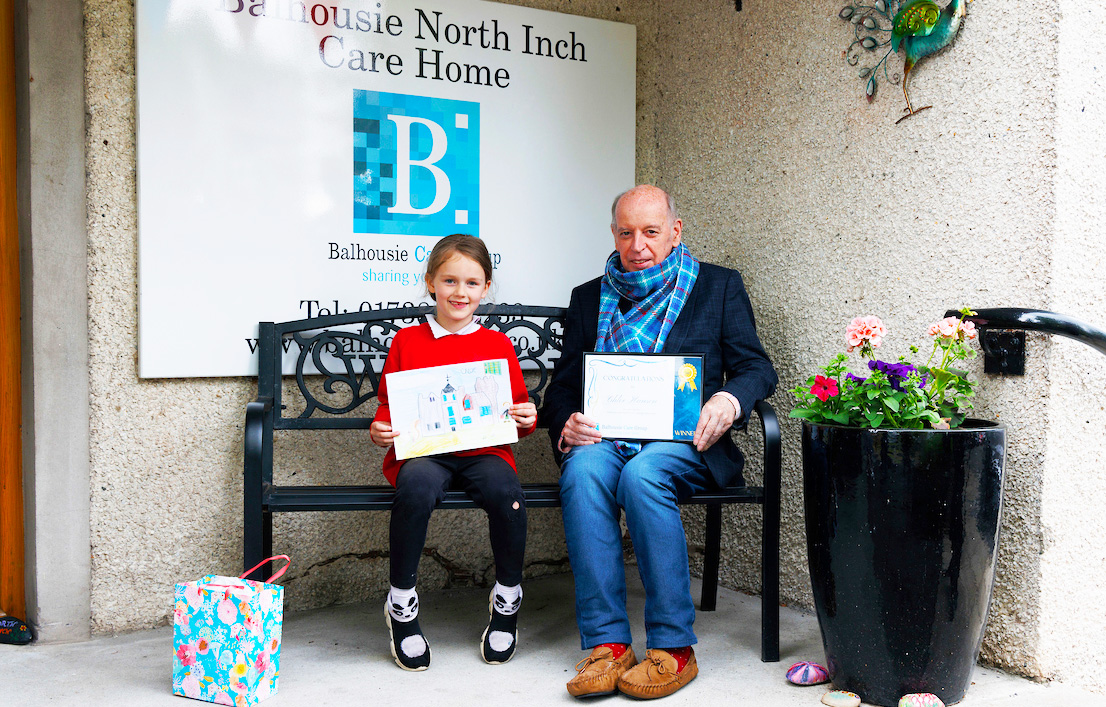 Perth schoolgirl, Chloe Hansen has won an art competition with a difference – celebrating an important bond she and her friends have developed with a local care home.

Launched by Balhousie North Inch, part of Balhousie Care Group, the competition celebrates a long-standing community partnership between the care home and Chloe’s school, Balhousie Primary. And the prize – a tartan kilt – crosses that generational divide.

Pupils and care home residents have been visiting each other and sharing activities for two decades in an intergenerational bond formed before ‘intergenerational’ was even a buzzword. Among their activities, devised between the care home’s Activities Coordinator, Mima Hird, and class teacher, Katrina Dormer, was to design a tartan together.

With Balhousie Primary facing its last year before its doors close, Balhousie Care Group decided to commemorate the long-standing relationship with an art competition in which the winner receives a bespoke kilt in the Balhousie Intergenerational Tartan.

All the children had to do to enter was let their imagination run wild and draw a picture to include a kilt (like the prize), a squirrel (like the ones that live in the care home’s grounds) and a castle (like Balhousie Castle by the school and after which Balhousie Care was named).

Primary 2 winner Chloe, age 7, beat off stiff competition to win the prize: the competition attracted over 70 entries from across Balhousie Primary school. Her artwork, featuring a giant squirrel and kilted boy in front of a castle, is peppered with colours from the tartan.

Janetta Clark, one of the Balhousie North Inch residents who judged the competition, said: “Chloe’s entry has everything in it: the castle, the boy in tartan and the squirrel. It’s beautiful and very well done.”

The Balhousie Intergenerational Tartan uses the red and white from the Balhousie Primary uniform and blues and greys from Balhousie Care Group’s company logo. It was created with the help of weaver Ashleigh Slater, who had worked with the children and residents in series of workshops at the care home. The tartan goes into production this month thanks to Strathmore Woollen Company in Forfar.

Teacher Katrina Dormer, who has been instrumental in keeping the intergenerational bond going, said: “The partnership between the home and the school, the children and the residents, has been joyful for all involved, but gives a great point of learning for the children too. It’s been such a longstanding friendship, across many incarnations of primary classes and residents, while the new school is somewhat further away in terms of walking time, we really hope we can continue to come together regularly, as we have done for so many years.”

Chloe’s win topped off a busy month of activities for children and residents. They did a ‘party swap’ in which residents visited the school one Friday afternoon and the pupils joined residents for dancing and singing at the care home the following week.

Balhousie Primary will be transferring to a new building, Riverside Primary, in April 2023. 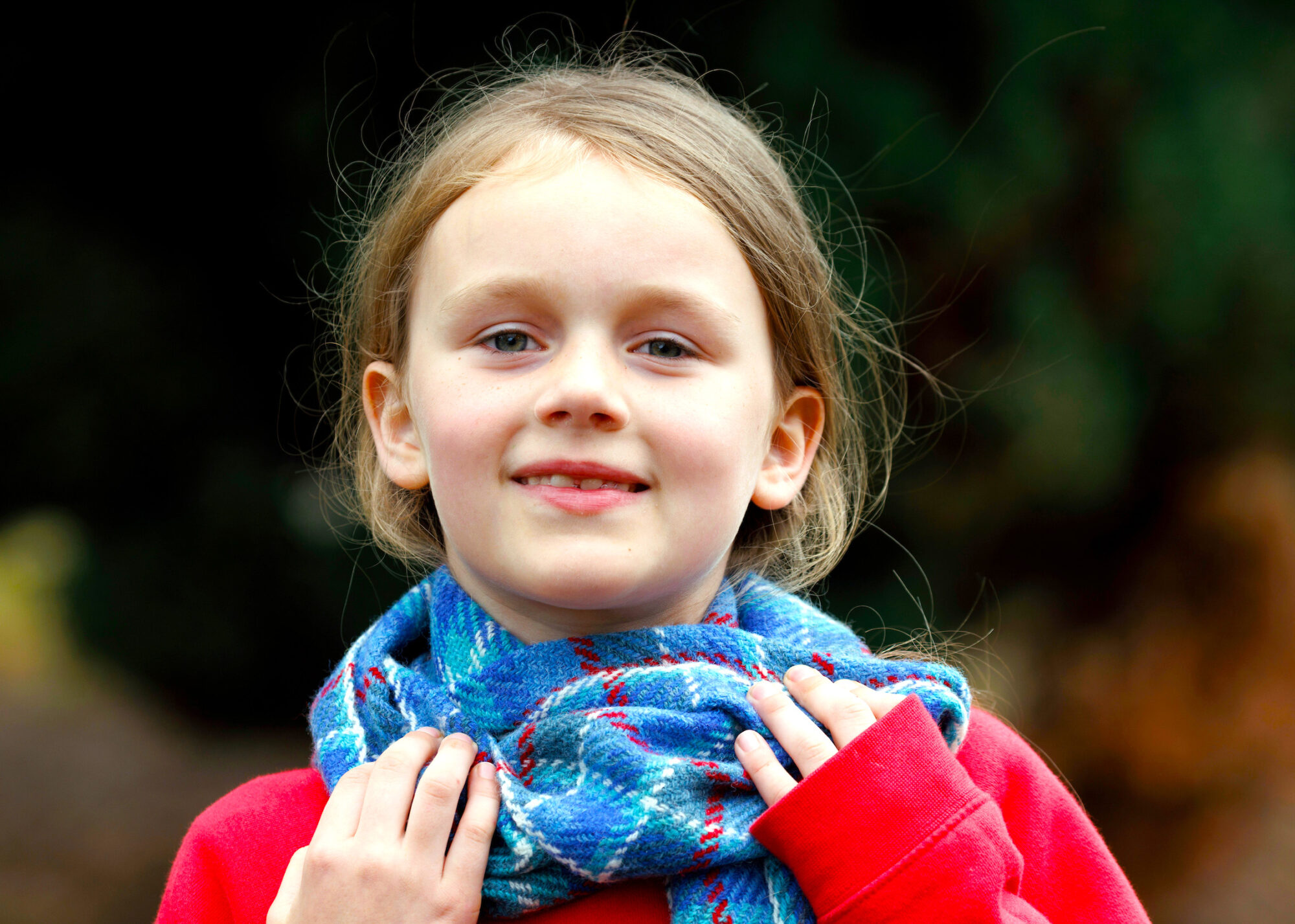 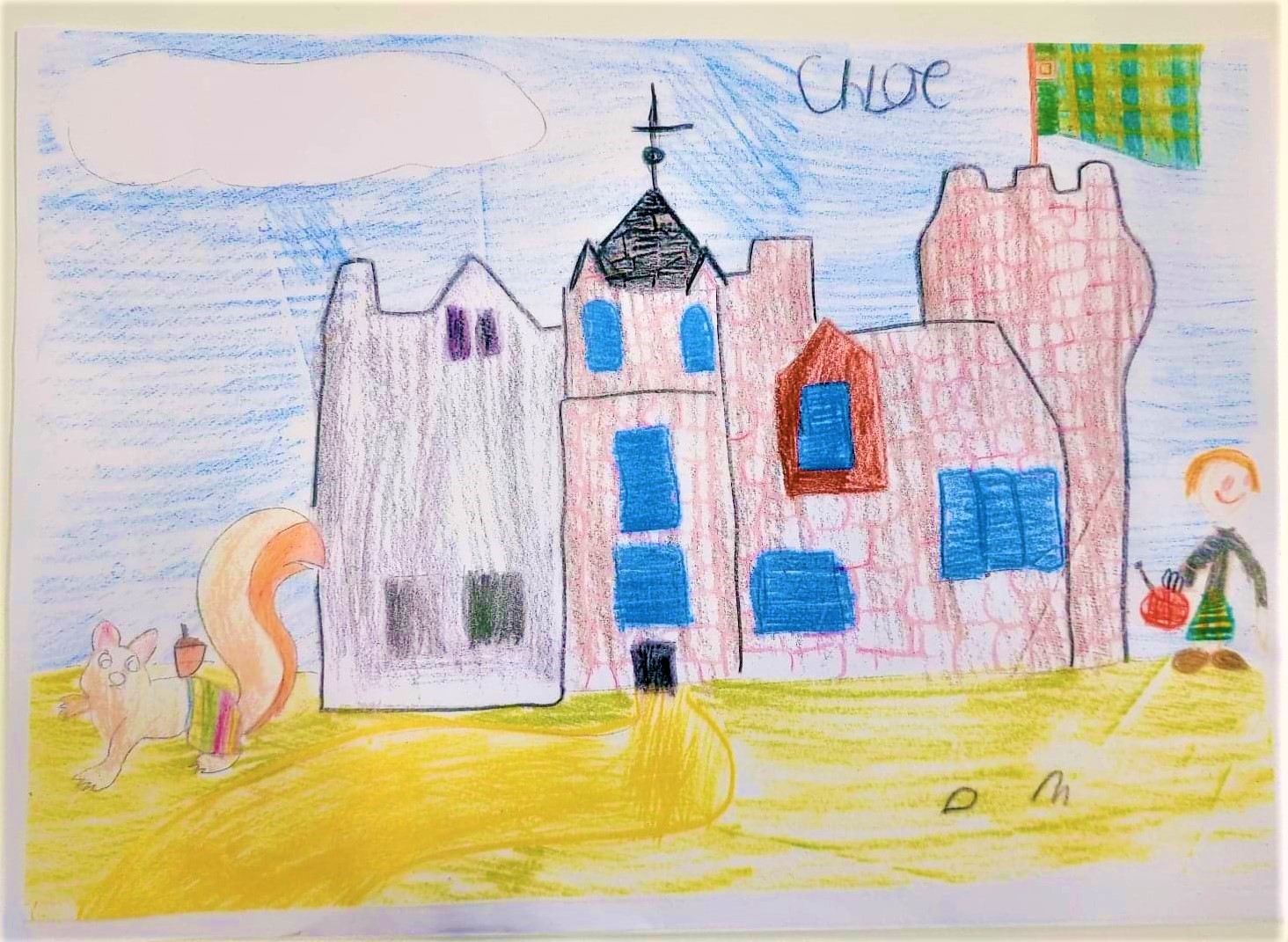