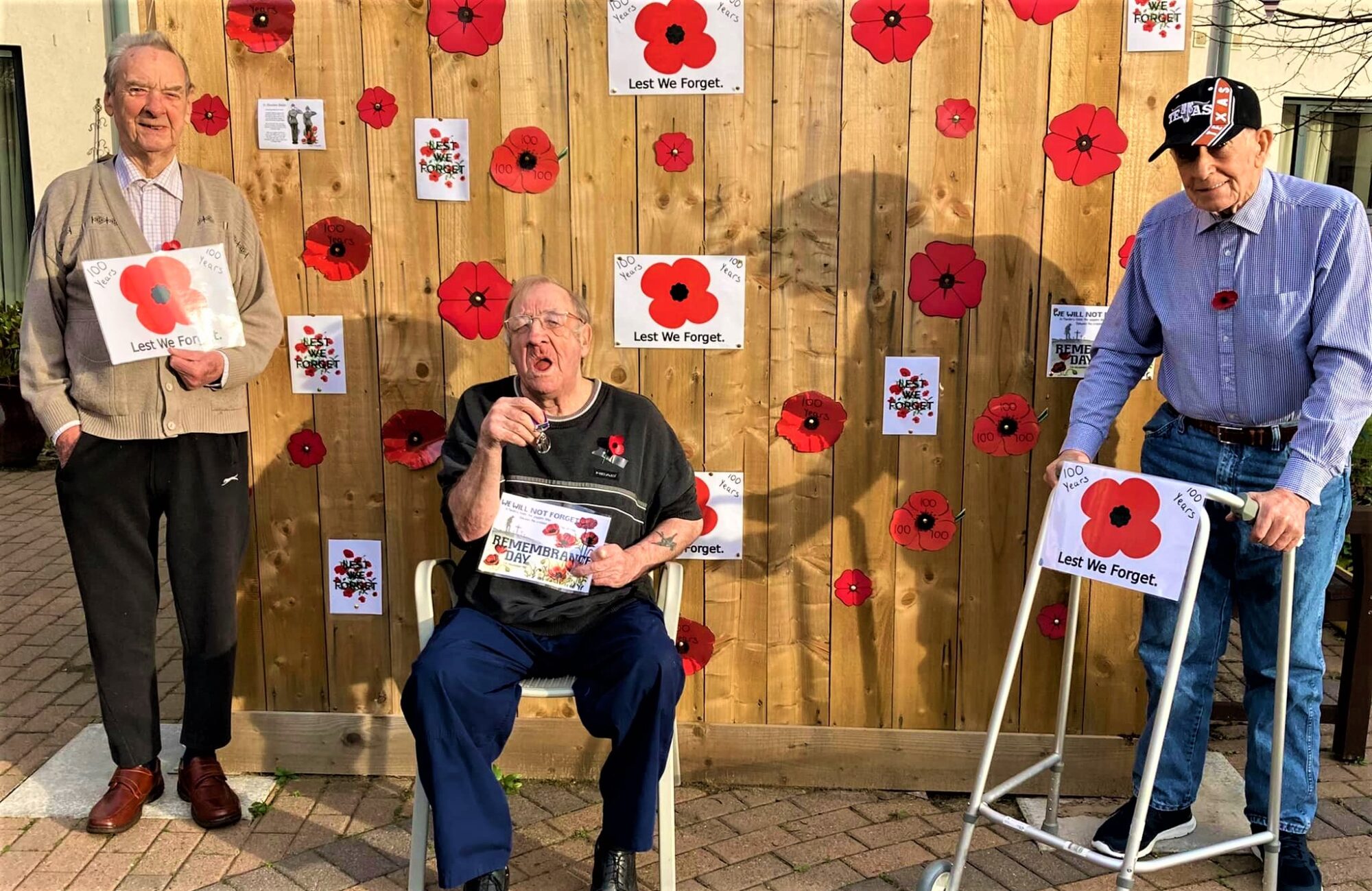 A trio of Balhousie Coupar Angus residents had particular reason to reminisce during the minutes silence for Remembrance Sunday.

Barry, Nigel and John all served for our country and recollected their times for us.

John McColl enlisted for his National Service in Dunkeld and went to Catterick after that. John’s son remembers him escorting prisoners so believes he was in the Royal Military Police. On one occasion, he was delayed in the Lake District because Donald Campbell had been attempting to break the water speed world record!

Nigel Taylor joined the RAF at just 17 a a wireless operator for the Lancaster bombers and the Blister Blenheim Twin aeroplanes.
He flew over Cyprus, and the pilots’ mission was to seek out any damaged ships and enemy ships. Nigel told us it was a great experience but he was so pleased to get back home safely to his wife.

Barry Fergusson also joined the Navy at the age of 17 and was deployed to Cyprus but as part of a submarine crew, which transported weapons to the troops, and was on the look out for the enemy. He was there for about a year and when he returned he was based at Fast Lane, Dunoon. Barry was honoured with his medal for service in the Cyprus Theatre of Operations 27/08/56 – 26/02/57.

Part of Balhousie Coupar Angus reflections were around the poem by John McCrae, In Flanders Fields

In Flanders fields the poppies blow
Between the crosses, row on row,
That mark our place; and in the sky
The larks, still bravely singing, fly
Scarce heard amid the guns below.
We are the Dead. Short days ago
We lived, felt dawn, saw sunset glow,
Loved and were loved, and now we lie,
In Flanders fields.
Take up our quarrel with the foe:
To you from failing hands we throw
The torch; be yours to hold it high.
If ye break faith with us who die
We shall not sleep, though poppies grow
In Flanders fields. 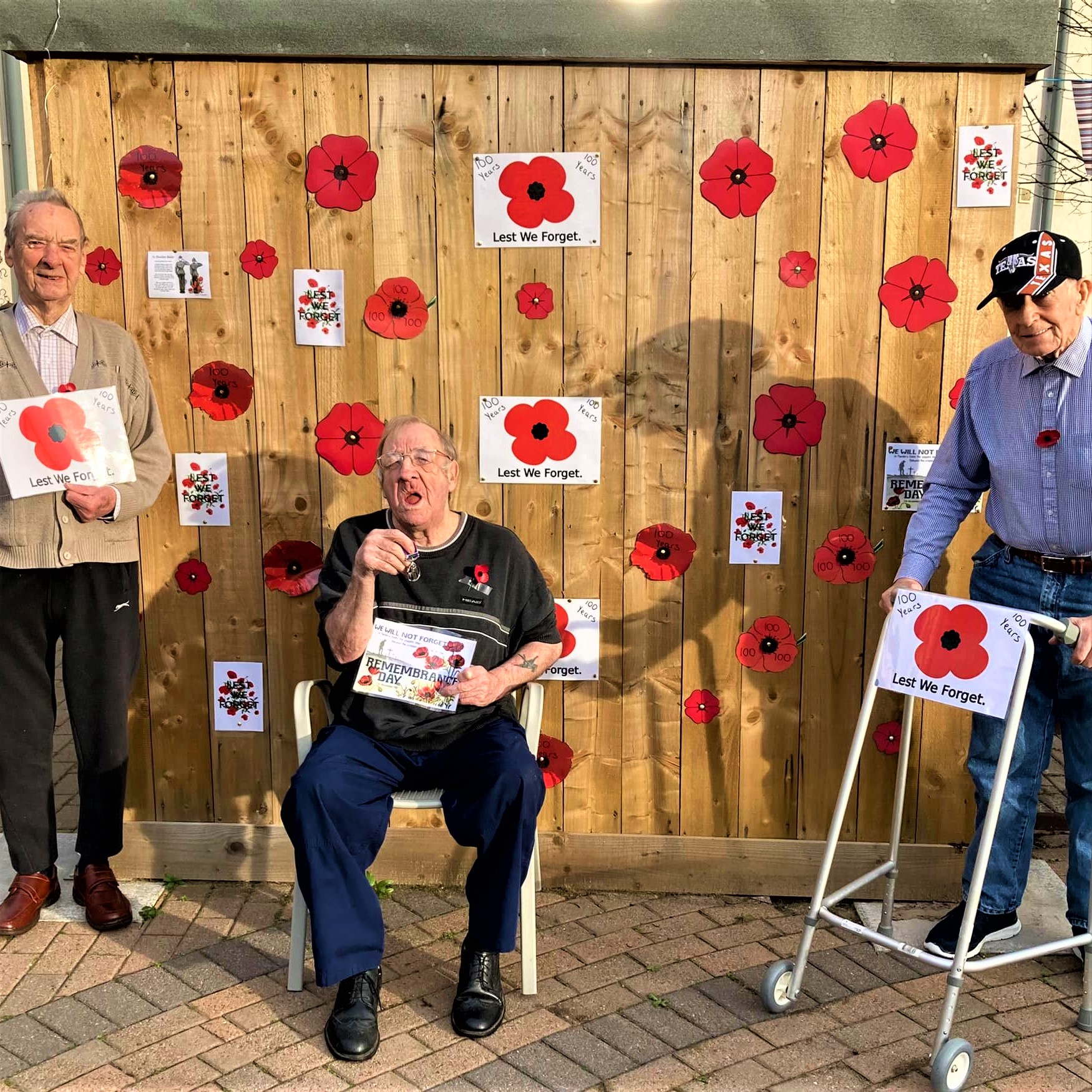 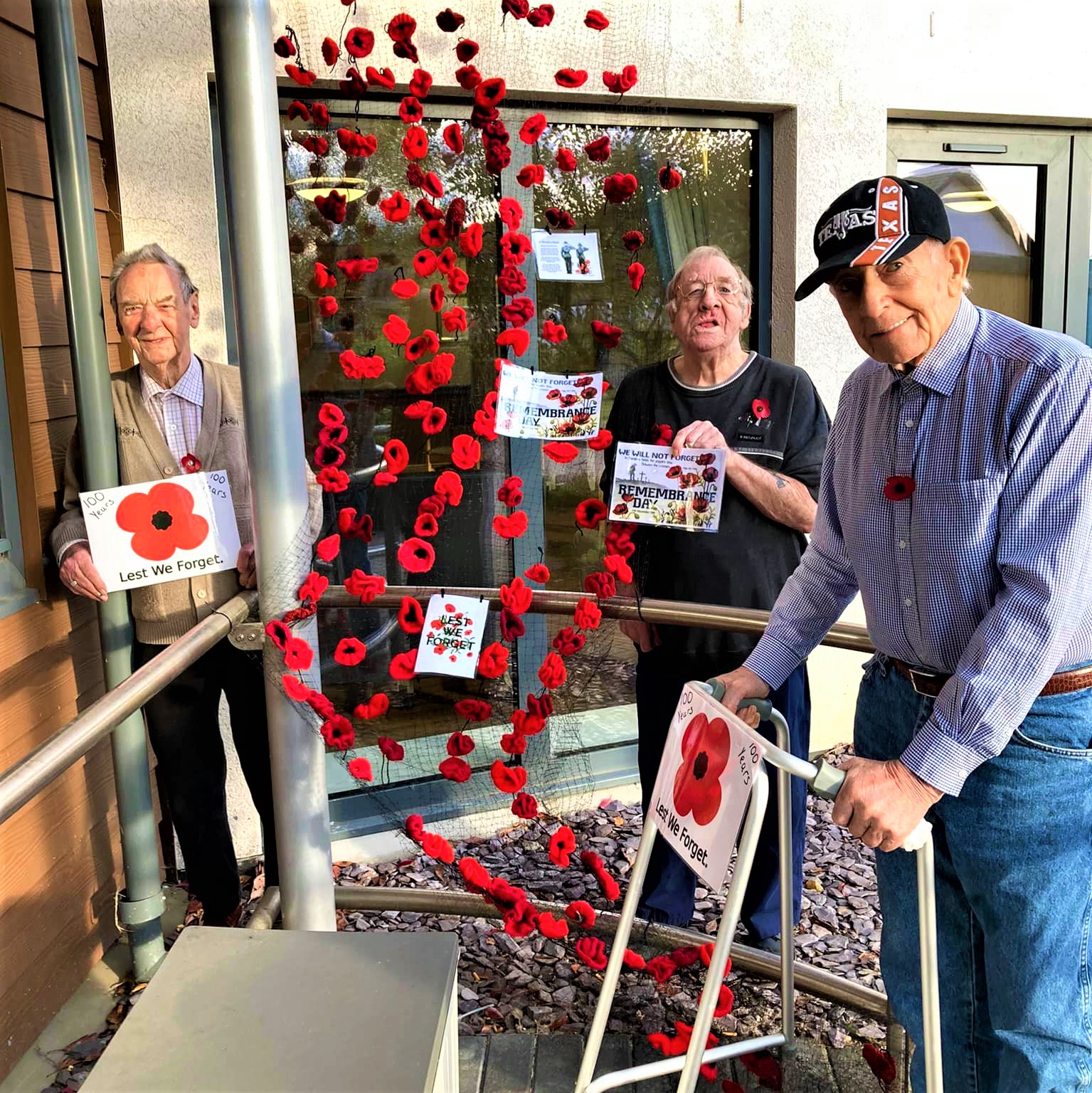 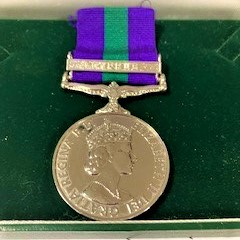 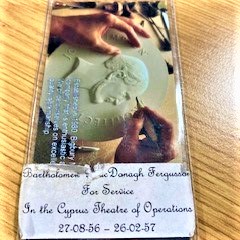 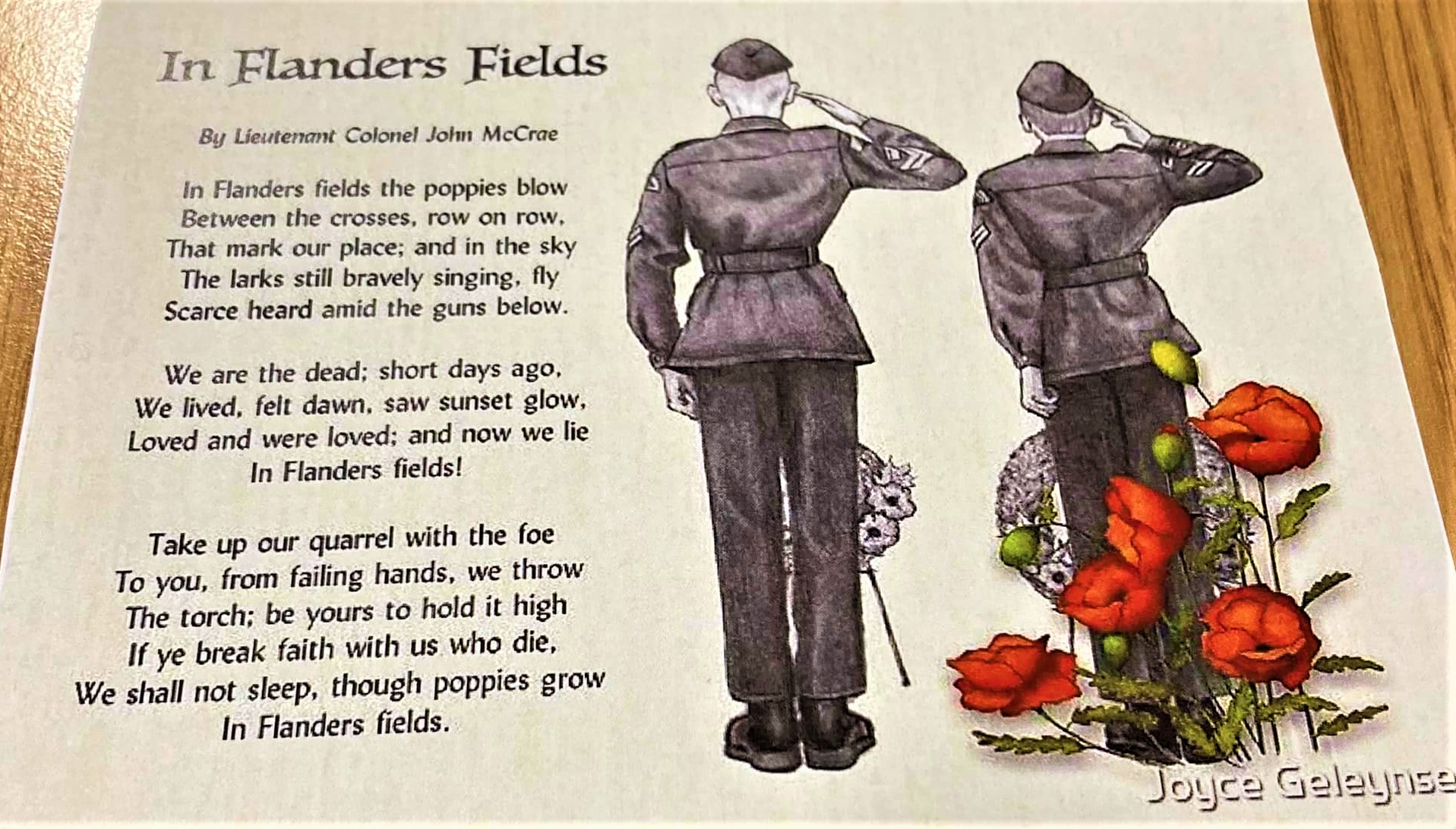 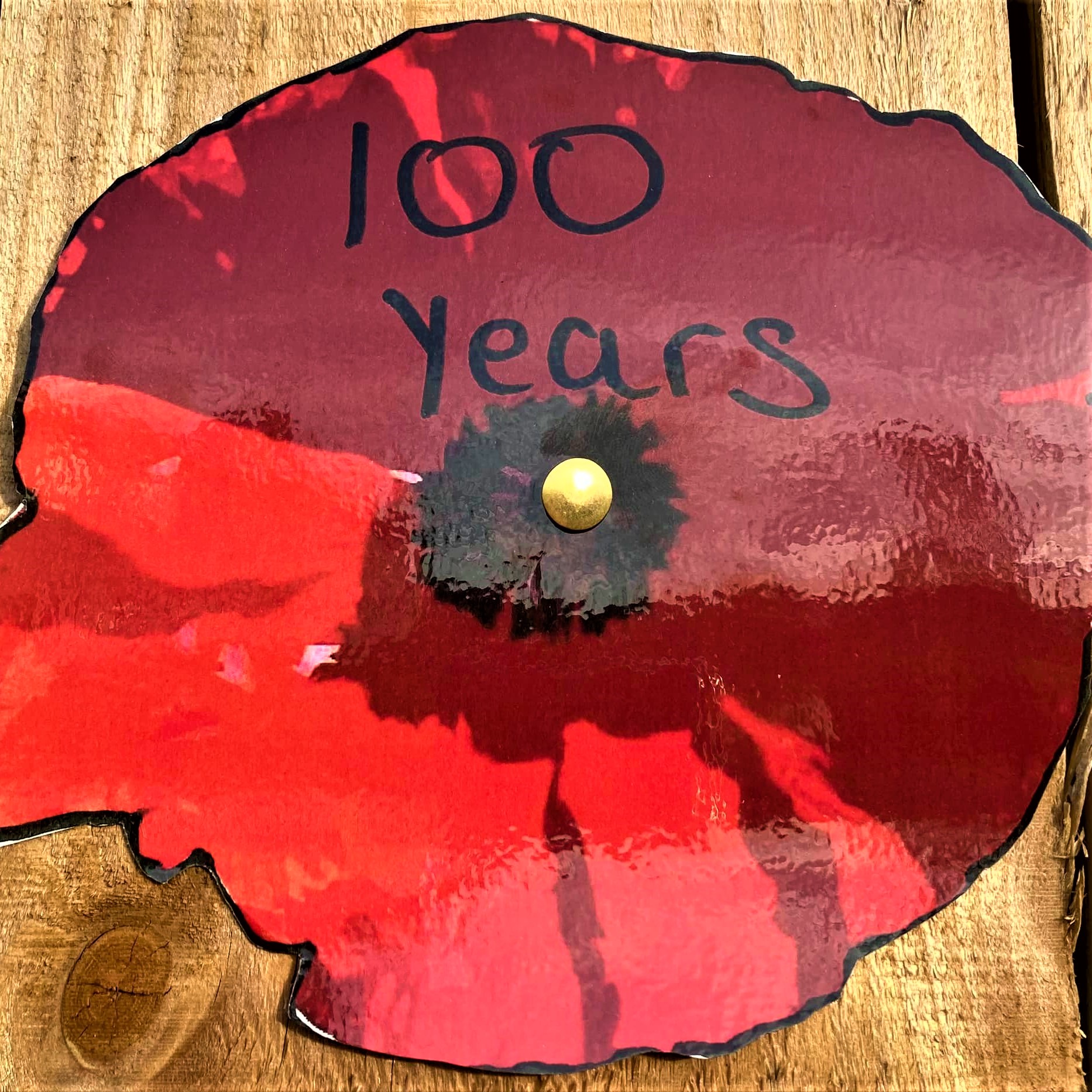