One of Balhousie Care Group’s core philosophies is to allow residents to have a say in their care. So when Balhousie Monkbarns care home in Arbroath was recently conducting interviews for care staff, one of its residents sat in on the panel.

Maureen Swankie, 89, fired questions at one of the job candidates during a recruitment drive to fill care vacancies at the home.

The sprightly 89-year-old only moved to Balhousie Monkbarns is February, but is making her mark. Says Home Manager Sarah-Jane Patterson: “Maureen never stops. She’s involved in our bingo and pub quiz and loves socialising with the other residents. She loves to keep busy.”

When it came to interviewing job candidates, Maureen took it in her stride, says Sarah-Jane. “These are the people carers are looking after, so we thought it was only right for a resident to be in on the recruitment process.”

Here are some of the questions Maureen asked:

Says Sarah-Jane:  “Maureen gave some candid advice and told the candidate that this was not a job that anyone could do. She said ‘You can’t come into this job just because it’s a job – it’s a job that must come from the heart.” 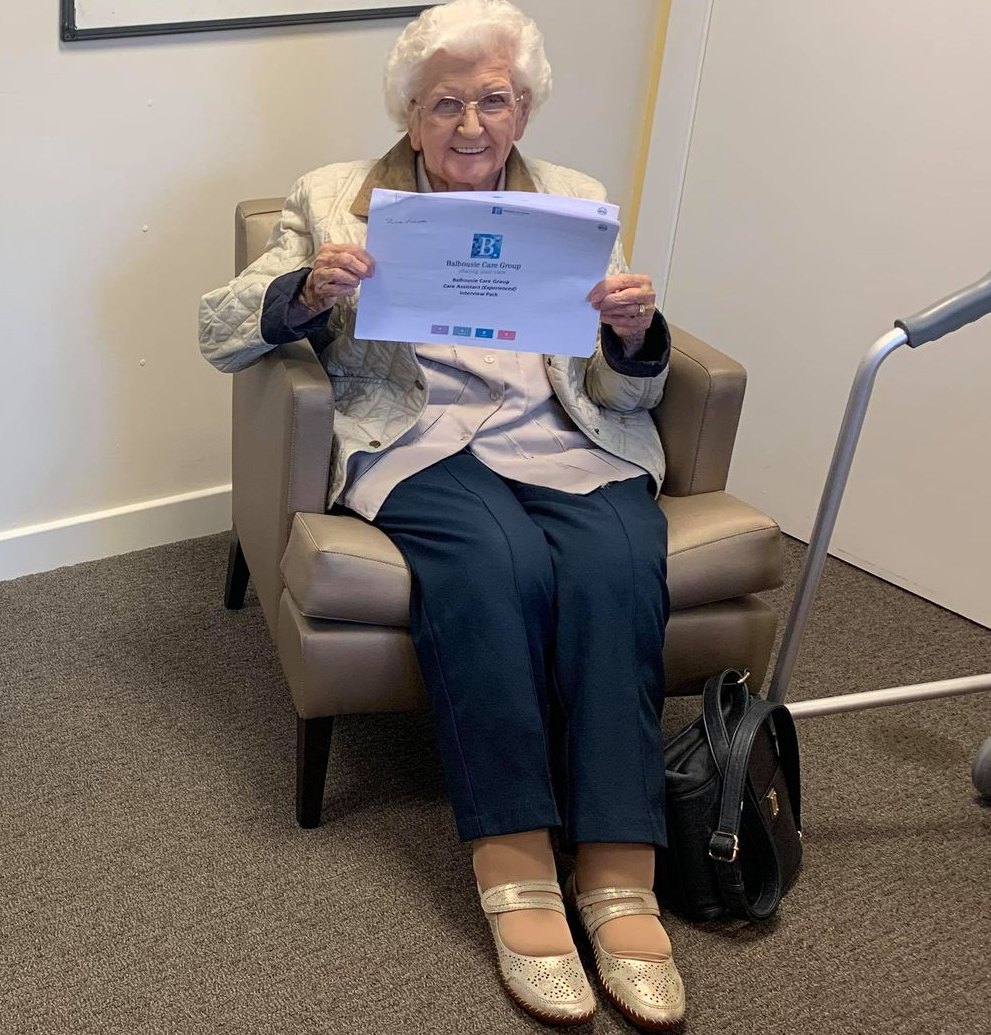 Maureen Swankie with her interview questions.