“No two days are the same and it’s so rewarding”

Harry Page had never even considered working in care. Then he tried it, via the Kickstarter employment scheme. And now he’s hooked.

With many doors closed to him – literally, as businesses had taken a hiatus – he signed up to the Kickstart Scheme which provides Government funding to employers for 16-24 yearolds.

He spotted a general assistant role at Balhousie Antiquary care home in Abroath and applied. “I had never really considered working in care but it was in Arbroath where I live and I thought it would be a satisfying job,” he says.

Realising his potential, the care home’s manager invited him for interview. “Because it was a general assistant position it meant I could try out a couple of different roles in the home. As an admin I had to file away written records. Working in activities helped me get to know the residents,” says Harry, 22.

But he found himself increasingly drawn to being a carer. “I liked the idea I wouldn’t be stuck behind a desk from 9 to 5. A job in care is more active.”

It helped that Harry’s mother works in the sector. “My mum is a carer which helped push me towards a job in care.  When I saw the job posting she told me a bit about what care is like and said I should give it a go.”

Harry, and Balhousie Antiquary, are glad he did. 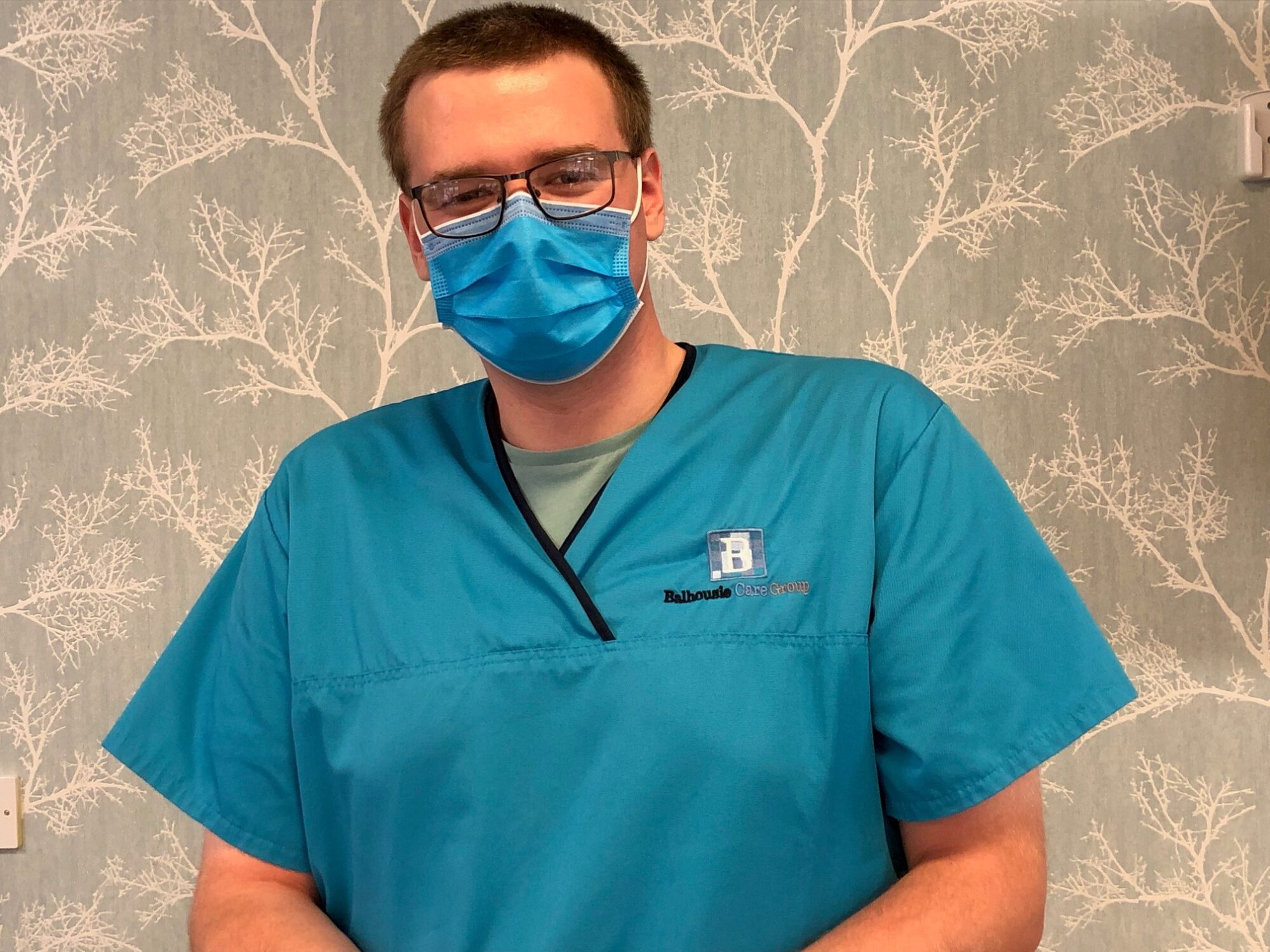 “What makes me smile is seeing the residents smile and have a laugh. Hearing about stories from their lives is always so interesting. No two days are the same so it’s always nice going to work and seeing the residents and spending some time with them,” says Harry, now a care assistant.

“The best thing about the job for me is how satisfying it is. Some days can be a challenge but it’s great that I can make a little difference for the residents. That is such a good feeling.”

And the challenges? Having to care during a pandemic, says Harry, one of many ‘Everyday Heroes’ who have worked hard to keep Balhousie residents safe and stimulated during lockdowns. “The most challenging has to be Covid as the residents are vulnerable towards it. Having to keep them self-isolated can be difficult when they are used to sitting in the lounge and chatting to others.”

Another hurdle for him was the completely new environment. “This is my first job and I came straight out of college, where I studied social science. I was nervous coming to this new environment. However, my co-workers are great and very easy to get on with. It did not take long to feel like I fit in because of how welcoming everyone in Antiquary has been.”

As to the future, Harry says he wants to stay in care “as it is so rewarding.” Progression can be rapid and rewarding in the private sector, and particularly at Balhousie, which helps with training, sabbaticals, qualifications and degrees. “I know that a carer can progress on to being a senior or even a nurse should they choose to work towards it,” says Harry.

Cheryl Roy, Home Manager at Balhousie Antiquary, says simply: “Seeing Harry interacting with the residents is proof that he made the right choice.”