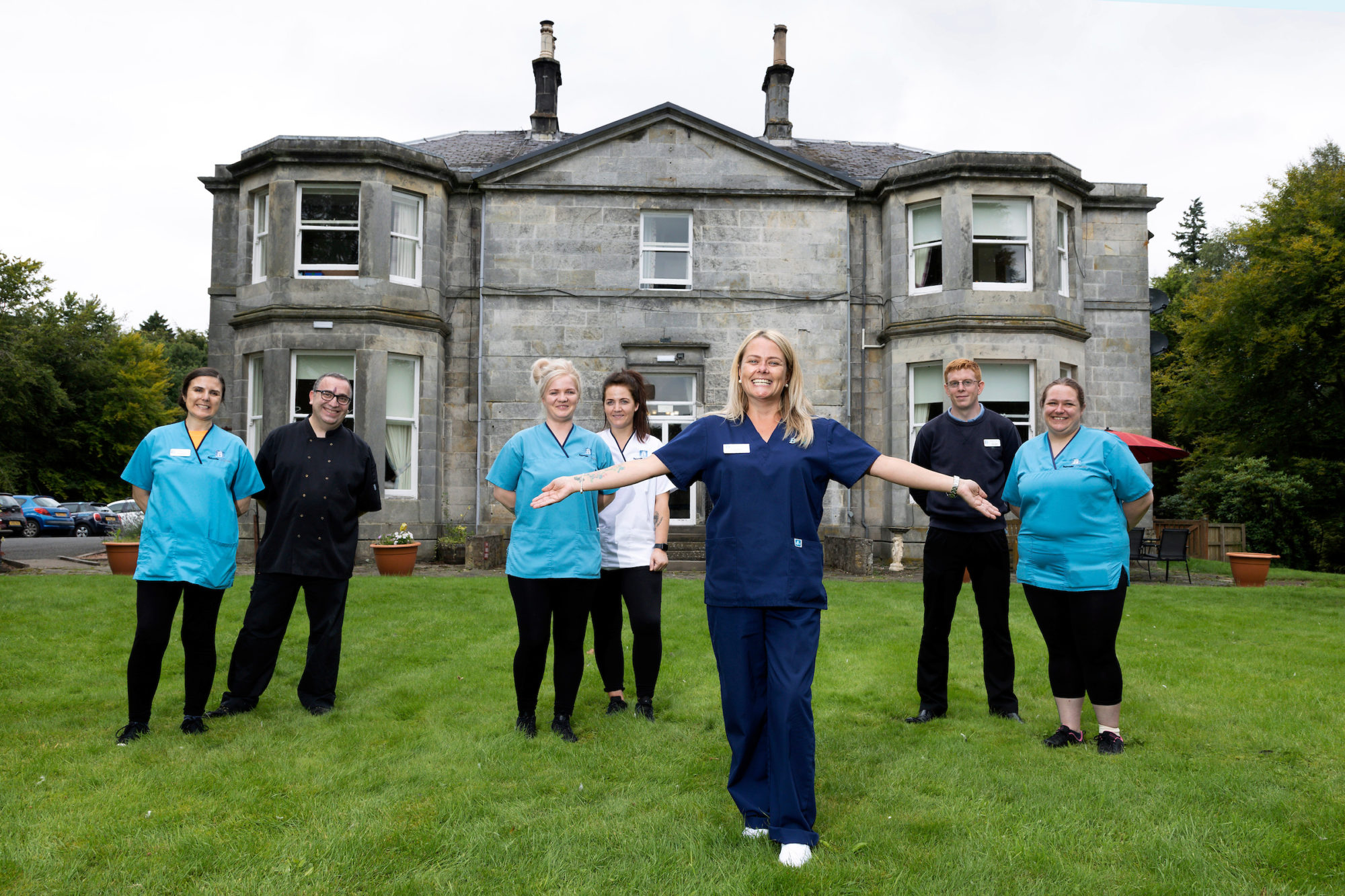 It’s not unusual for care homes to become like family, such is the closeness that develops between residents and staff, and among the care home team.

But one Perthshire home can lay more claim to the word ‘family’ than others – because no less than 15 members of staff are working with a relative.

Balhousie Luncarty’s care home team is made up of sisters, a couple, two mothers and daughters, step-siblings and a mother and stepson. With so many family ties, you could be forgiven for thinking the home is a hotspot for spats and arguments. But, says new Home Manager Cheryl Banks, it’s the opposite.

“I was shocked when I learned so many staff were related,” says Cheryl. “They are all really professional and tend to leave their relationships at the door.”

For sisters Kayleigh and Lauren Chalk, being related and working together is a positive. Says Kayleigh, 32, a senior carer: “We can be open with each other and we can say how it is.” She does admit that as the older sister, though, she “likes to take charge.” Adds carer Lauren, 30: “We don’t see each other as sisters, we work more as professionals. But the benefit of being related is there’s a silent understanding between us, a better communication.”

Kayleigh and Lauren are from a family of eight and all are “really close”, says Lauren. “But because of our closeness in age, Kayleigh and I have the same friends group.  I would say we’re the closest of all of our siblings.”

This is the second job the sisters have worked in together and they often choose the same shifts. “I moved up to Aberdeen for a while and Kayleigh followed me up there. We ended up sharing a house.” They are living together again in Perth; Kayleigh just moved in with Lauren so that she could save for a car.

Care assistants Karen Walker and daughter Erin Walker have worked in no less than four jobs together, the last as in-home carers. They joined Balhousie Luncarty in May. They put their successful co-worker relationship down to the fact that they are, in Karen’s words, “totally opposite”. “I’m quite forward and Erin is not. I’m the one that jumps in first and asks questions later. Erin is very laid back. She makes me a lot calmer.”

Carer Carolyn Nicholl has not only her son Scott, 28, as a colleague but her stepdaughter Rachel Guthrie, 21. Scott is a kitchen porter and Rachel started just last month as a carer. Rachel says she keeps the family element out of her work, saying: “I don’t think about it.” It’s the same for Scott. “When we’re working together we’re colleagues, not family members. We’ll catch up with each other outside of work and that’s when we check in and see how things are going for us in the home.”

Isabel Garrido has been a carer at Balhousie Luncarty since May, having moved here from Andalucia, Spain with her partner Jorge Moya.”We left Spain because the economy was so bad,” says Isabel. They have one important rule, though: they don’t discuss work outside of work. “We make sure we have other subjects we talk about. I think it’s brought us closer together because of that.”

For Cheryl, having family members make up so much of her staff is a bonus. “Even though they are very professional and treat each other colleagues, at the end of the day they have each other’s backs and that’s a really valuable thing when you’re working in this profession.”