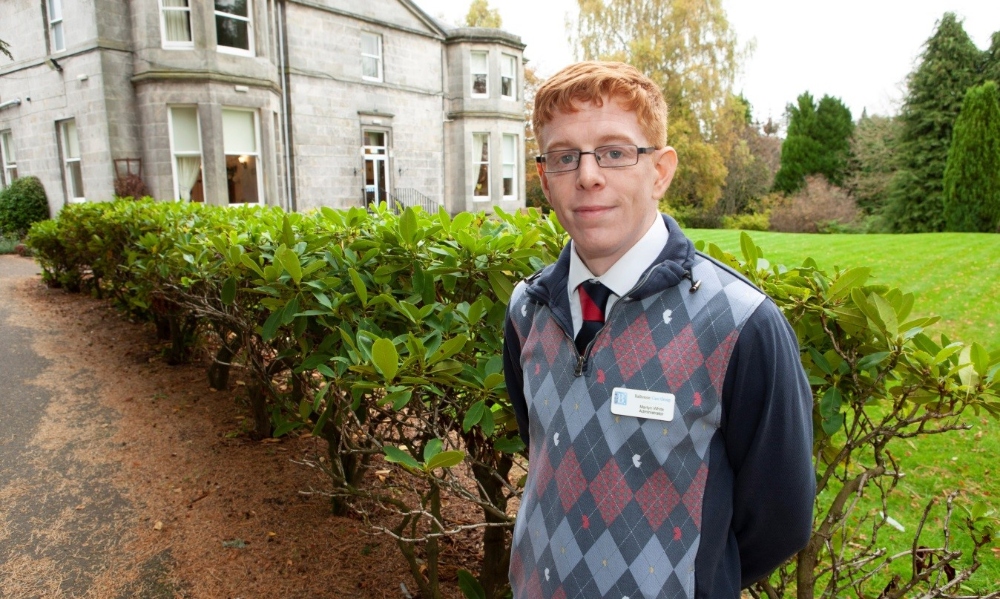 A care home worker from Balhousie Luncarty in Perthshire has been named Ancillary Worker of the Year in the Great British Care Awards.

Home Administrator Martyn White, 31, was lauded for his “kindness and willingness of putting other people first”.

In a challenging year for the care home sector, Martyn shone for his hard work and his support of other colleagues in the homes and across Balhousie’s other facilities, said the organisers. Martyn is renowned throughout Balhousie Care Group for stepping up to help other Home Administrators, particularly new recruits, and for standing in for staff as needed at Balhousie Luncarty.

A former chef, he surprised even himself when he found his vocation in care. He joined the home in 2018 where his day-to-day duties include everything from handling petty cash transactions to residents’ allowances and organisational paperwork.

Of his radical career change and joining Balhousie Luncarty, Martyn said: “I wanted an office job, Monday to Friday, but I never imagined it would be in a care home. I had no idea what this job would be like but it has turned out to be one of the best places I have ever worked.

“There are only good things to say about Martyn. His kindness and willingness of putting other people first plays a huge part in this care home’s success story. A care home administrator and then some,” said the judges of the awards, which were announced last week at the Great British Care Awards’ regional finals for Scotland and the North East of England.

This is Balhousie Luncarty’s second national award nomination. The home is also a finalist in the Scottish Care Awards for the person-centred and varied activities it offers residents.

Balhousie Luncarty’s Home Manager Cheryl Banks said: “This award is so well deserved. I’m extremely proud of Martyn and his extreme dedication to his role and to Balhousie Luncarty. We call our employees Everyday Heroes and Martyn absolutely fits the bill.”

Martyn was featured in a video story in The Courier where he shared his struggles with depression. When he is not working, he is a keen footballer and plays for Kinrossie Caledonian AFC. He also occasionally puts his chef skills to use in the Balhousie Luncarty kitchen.

An 80-year-old care worker at Balhousie’s Huntly care home in Aberdeenshire was also a finalist in the Great British Care Awards. Liz Thomson, who is older than many of her residents, was pipped at the post.