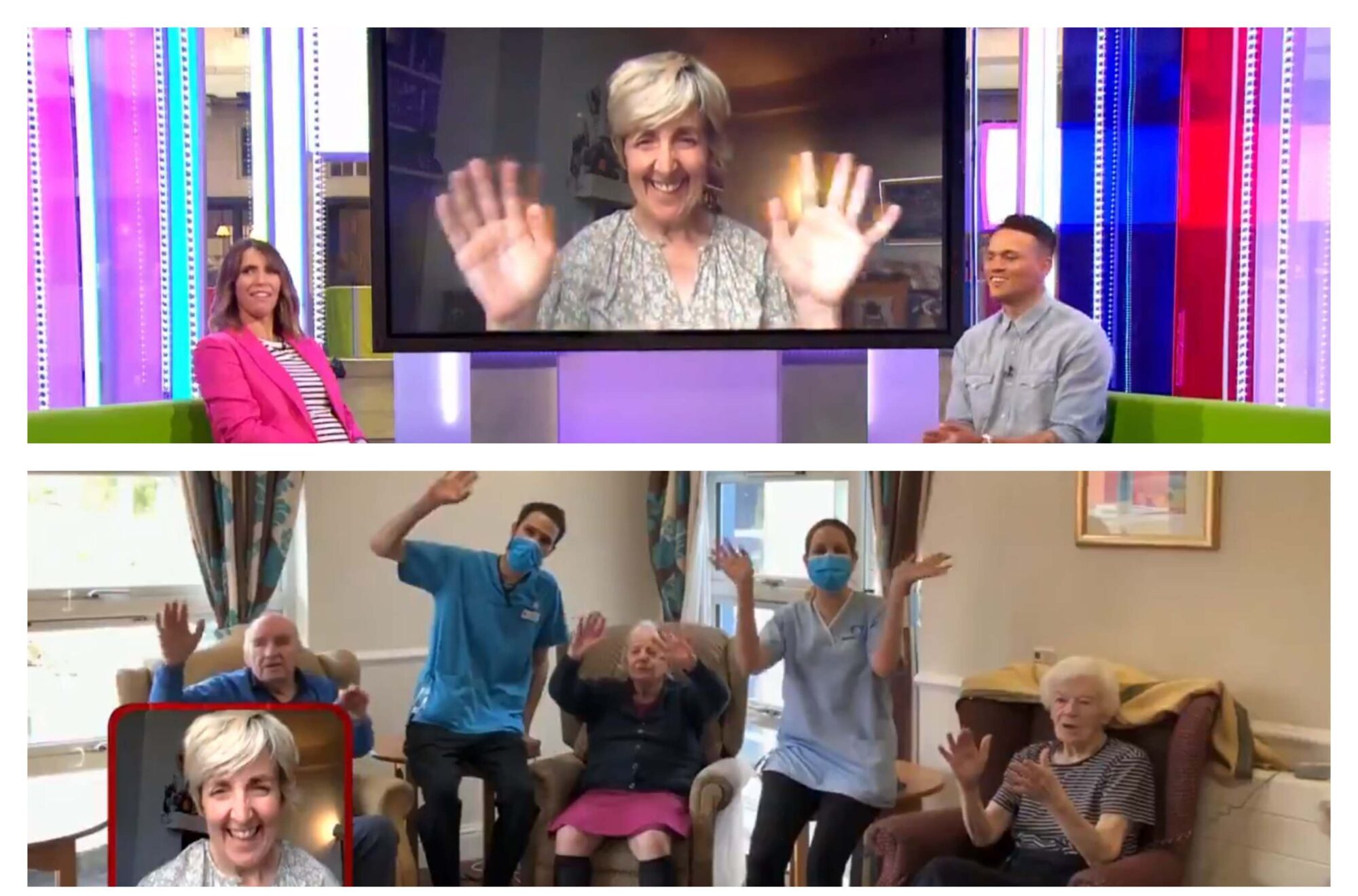 A Perthshire care home resident made award-winning actor Julie Hesmondhalgh’s day by sending her a special message on primetime TV.

Gordon Dilworth, a resident at Balhousie Pitlochry, thanked Julie for the “important contribution” she has made to the wellbeing of residents in the care home, as part of a segment on last night’s The One Show on BBC One.

Gordon’s appearance followed a collaboration last summer between the care home and the popular actress. The show’s producers approached the home to take part in the show as a surprise for Julie, who was being interviewed about her theatre and TV work. As well as Gordon’s message, a group of residents and staff were featured cheering, to the delight of Julie and the show’s presenters.

Last summer, Julie performed a virtual monologue to the residents via Skype as part of a series of short plays commissioned a theatre company called Paines Plough. The plays, called ‘Come To Where I Am’, were written by writers from all around the UK about places the called home during lockdown. Julie recited one of the Pitlochry group of plays which was commissioned by Pitlochry Festival Theatre.

Julie is best known for playing kind-hearted Hayley Cropper in Coronation Street and is currently starring in BBC One’s thriller The Pact. She was delighted to hear from the residents of Balhousie Pitlochry during her appearance on The One Show. She said: “What a lovely message! That’s such a surprise, thank you so much!”

Balhousie Pitlochry manager, Claire Mackay, echoed Gordon’s message that the many virtual plays and music performances were so appreciated during lockdown. She said:

“Our residents thoroughly enjoyed Julie’s virtual performance last year and they were only too happy to send her a special message back. We would like to take this opportunity to thank Julie and all the performers who have found ways to entertain our residents over the past year, whether that’s been in the car park or online.”

"What a lovely message, that's such a surprise!"

Here's the lovely moment when @juliehes got a surprise message from Gordon, a resident at a care home she performed to ❤️

Catch up with last night's show on @BBCiPlayer 👉 https://t.co/gjc2Rfrlol#TheOneShow pic.twitter.com/BSnOlBqnlB