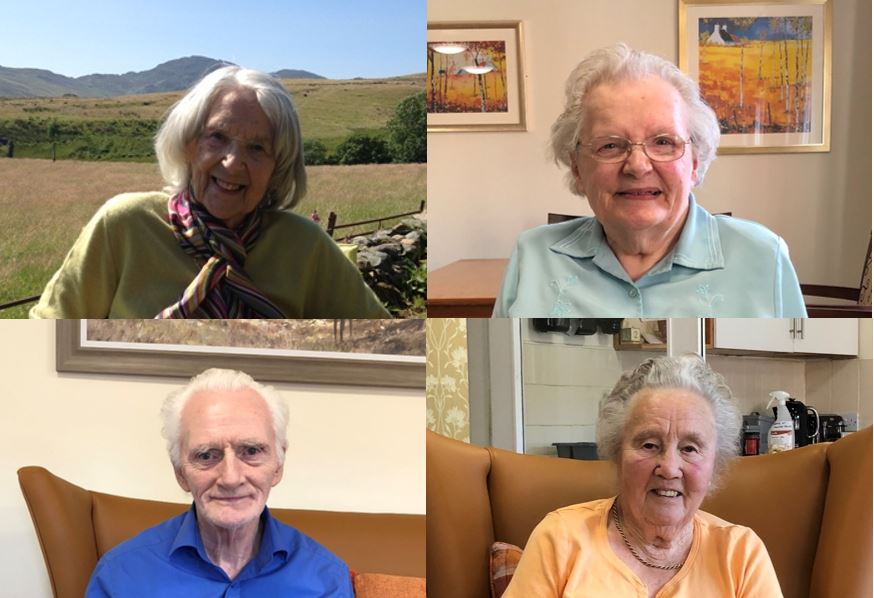 Today, May 8, 2020, is the 75th anniversary of VE Day, Victory in Europe, which marked the end of World War II. While 2020 has been a hugely challenging time across the world, it’s hard for most to imagine what it must have been like to live through a dangerous war and to feel the relief when it was all over.

Here are some wonderful stories from our residents about their recollections of May 8, 1945, from a Bletchley Park codebreaker to a young woman in Germany trying to get back to her family.

Zigrid, 95, had to find a way home to her family in Hamburg on VE Day 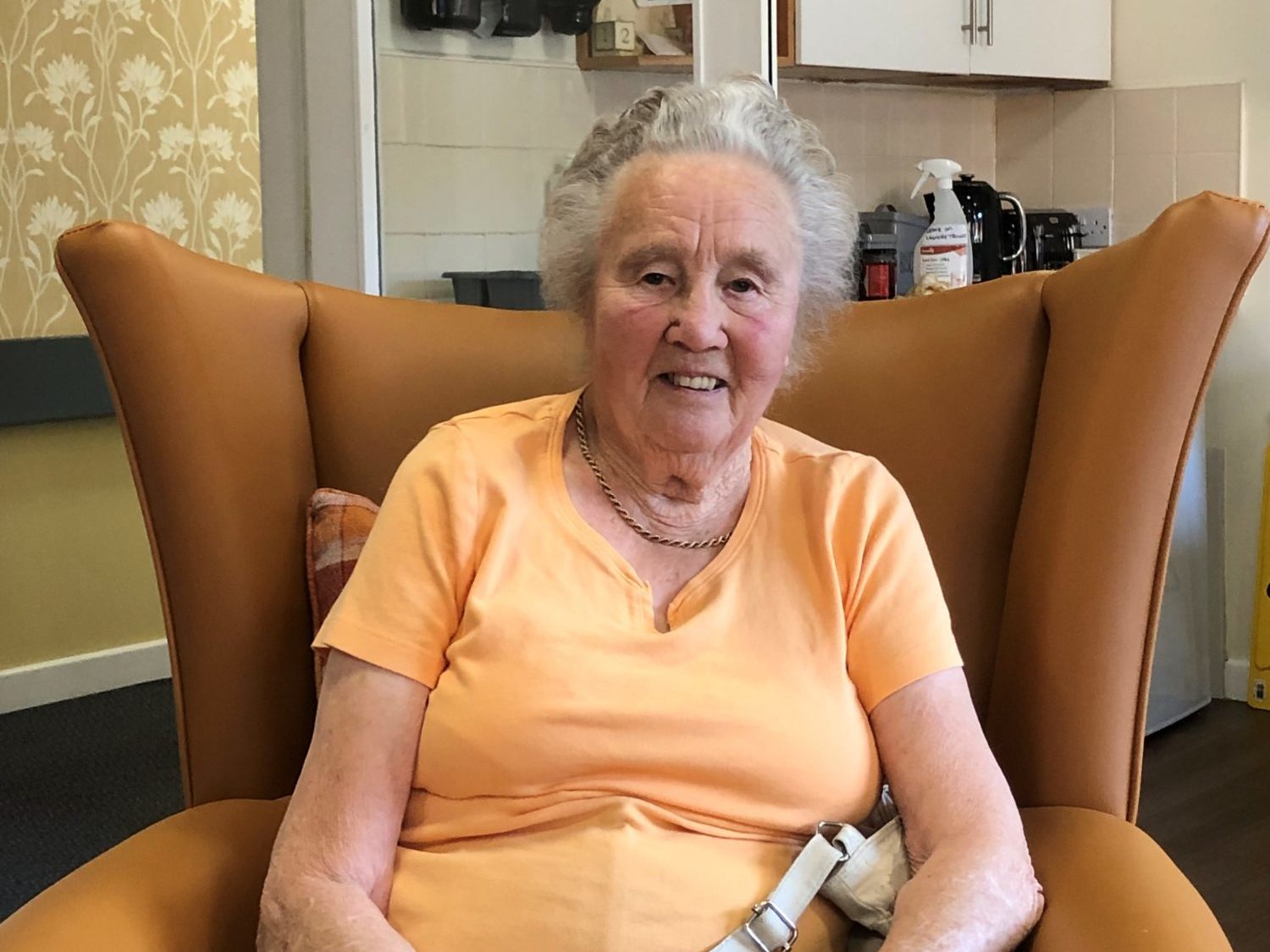 Zigrid Stone, 95, a resident at Balhousie North Inch care home, was in Hamburg on VE Day. Born in Hamburg, Zigrid had been working on a poultry farm in the middle of Germany and travelled home to her family when the war ended in May 1945.

“When I was working on the poultry farm, the area I was in was occupied by the Americans so everything felt pretty normal, but then they started to retreat and left that part of Germany occupied by the Russians. I decided that wasn’t for me, so I went home. Crossing from the Russian border back into American territory was all very frightening to say the least. I then went on a coal train to Hamburg to get home, on top of the actual coal. It was pretty horrendous.

“There was a 10pm curfew, so at 8pm at night I decided to try my luck and I walked to the border guards. I spoke perfect English so I managed to persuade them to let me over the border to Hamburg. I then had the whole of Hamburg between me and where my parents lived. With the curfew at 10pm, I travelled across Hamburg with the trams which were still running until 10pm.

“I was about two or three miles from my home where the trams wouldn’t go any further, so I phoned home. My parents were out but my aunt was there and she left a note for my parents before leaving on foot to meet me half way. When my father got home and realised what was happening, he bribed all the guards on the road home.

“Returning to Hamburg and VE Day was pretty horrible, but my family were OK. Everyone felt pretty flat because everything had collapsed. Nothing worked anymore, nothing at all. Everything was literally at a standstill. It was a terrible feeling really.” 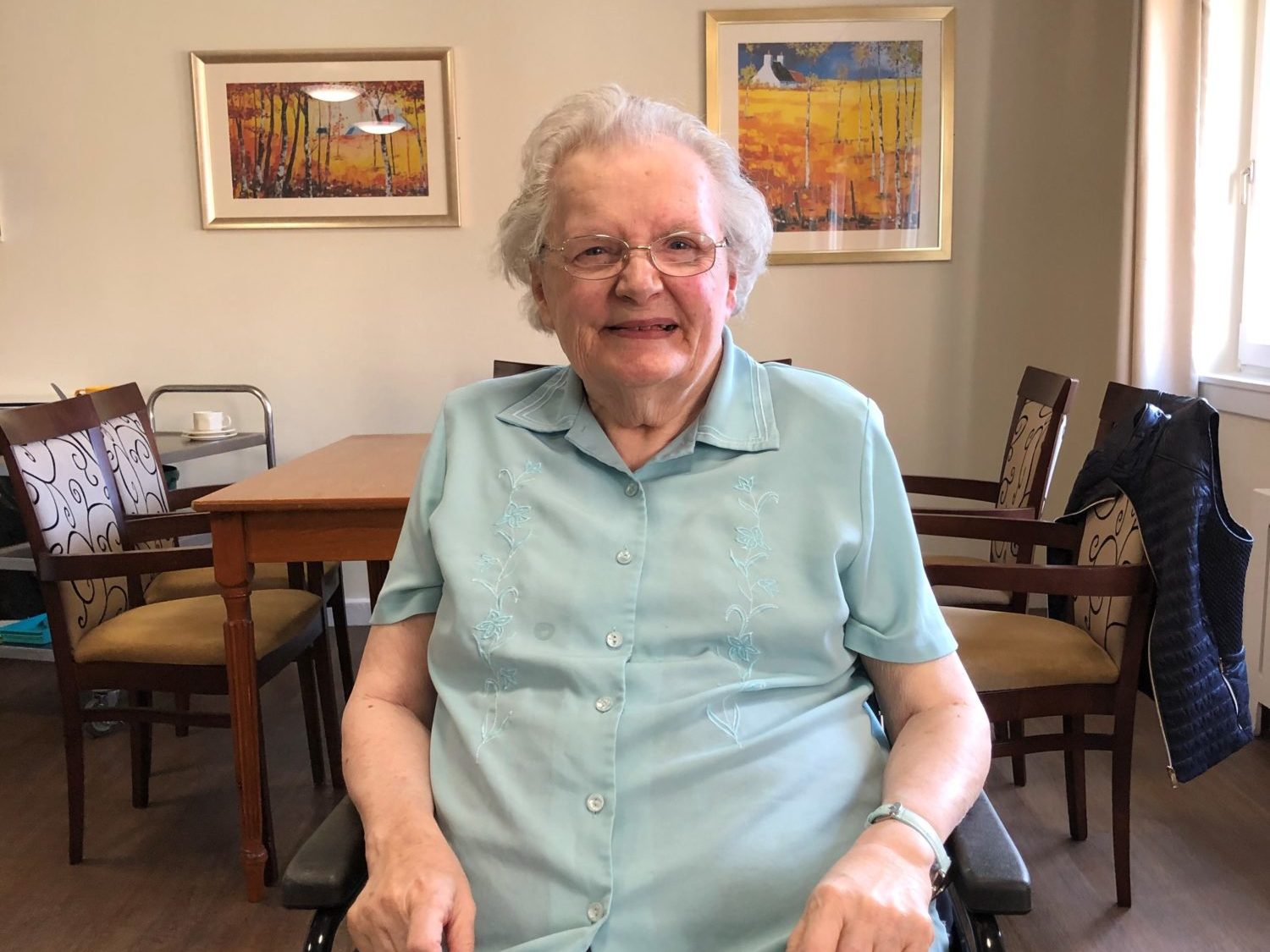 Ann Millar, 89, a resident at Balhousie North Inch care home, was 14-years-old on VE Day. Originally from Hounslow near Windsor Castle, Ann was an evacuee during the war and was sent to Wales with her older brother to live with relatives for a year. On May 8, 1945 she was invited to travel into London with her school friend and her father to celebrate VE Day.

“We took the underground into the centre of London and walked through all the crowds up the Mall to Buckingham Palace and stood there and cheered like mad. Everyone was so happy and excited. They all sang this wee ditty.

Who does he think we’re waiting for.

Everyone sang that while we waited for the King and Queen and the little princesses. We were near the front and saw them beautifully on the balcony.”

Ann came to live in Perth when she met her husband, a minister, at church in Hounslow. It was love at first sight and they married in 1956 and moved to Scotland.

Norrie, 82, thought there had been an invasion on VE Day 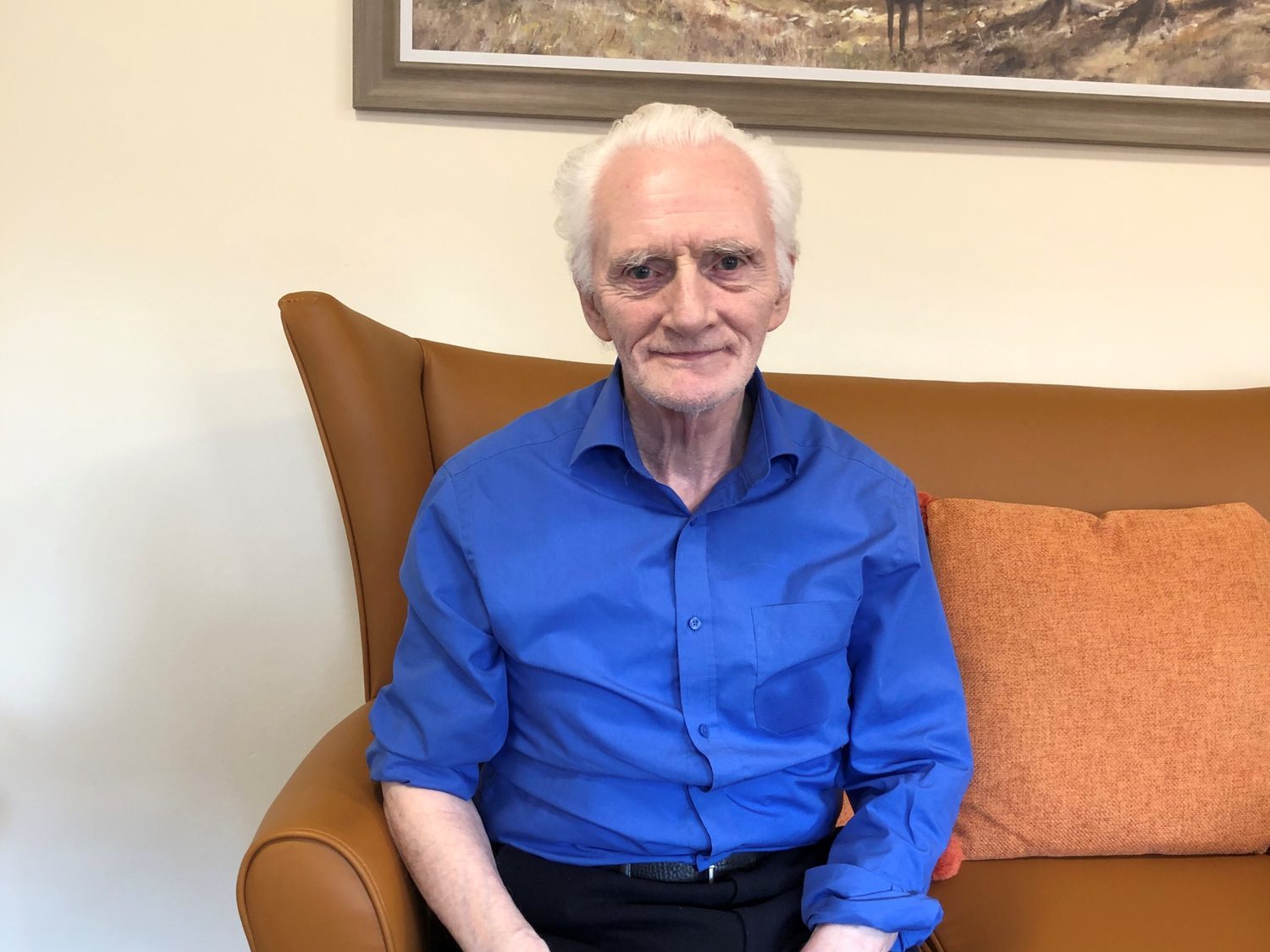 Norman ‘Norrie’ Sinclair, 82, a resident at Balhousie North Inch care home, was born in Perth the year before war broke out and was seven-years-old on VE Day. He remembers the “streets being packed”.

“I lived on Old High Street in Perth. I was young and don’t remember much about VE Day, but I knew there was something happening. I thought we’d been invaded there was that much noise! I remember people celebrating in their gardens and coming out of their houses. Everybody was happy and thinking ‘thank God for that.’” 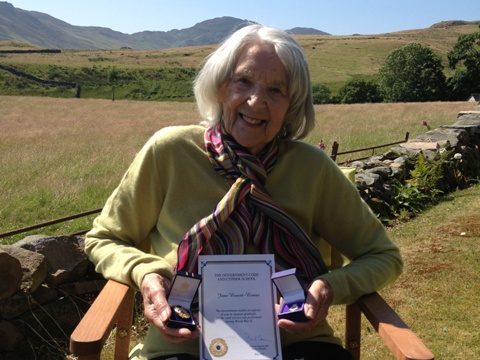 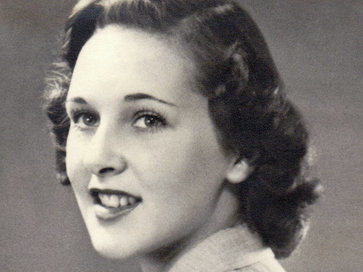 Jane Ewart-Evans, a resident at Balhousie Dalnaglar care home in Crieff, will be 100 later this year. Back on May 8, 1945, 24-year-old Jane B.M Meade-Miller and her sister Diana, were part of a team of codebreakers who are often said to have shortened WW2 by two years.

Born in Calgary originally, Jane travelled to England in 1932. She went on to teach English for a family in Berlin where she learnt to speak some German, only returning home to England before the war broke out in Europe. Then in 1940 Jane and Diana went to work at Bletchley Park.

Working in ‘Hut 6’, Jane worked in a wartime section of the Government Code and Cypher School at Bletchley Park, tasked with the solution of German Army and Air Force Enigma machine cyphers.

Jane married her husband, Denis in 1943 and returned to Bletchley Park after her honeymoon, while Denis returned to his regiment in the Army.