The third in a series of wonderful poems about Arbroath, to celebrate the 700th anniversary of the Declaration of Arbroath, has been added by residents from Balhousie Monkbarns’ Abbey lounge.

The latest poem, called ‘Arbroath of Yesteryear’, talks of pageants to celebrate the Declaration of Arbroath signed at the town’s Abbey which is the same ‘Abbey’ the residents’ lounge is named after.

The creative project is being led by Activities Co-ordinator Kirsty Taylor who has been helping residents in each of the home’s four lounges to each create a poem about their home town. Fraser and Seaview have already contributed their poems with the Abbey lounge being added and just one more to be completed by Scott lounge for the full collection of poems. 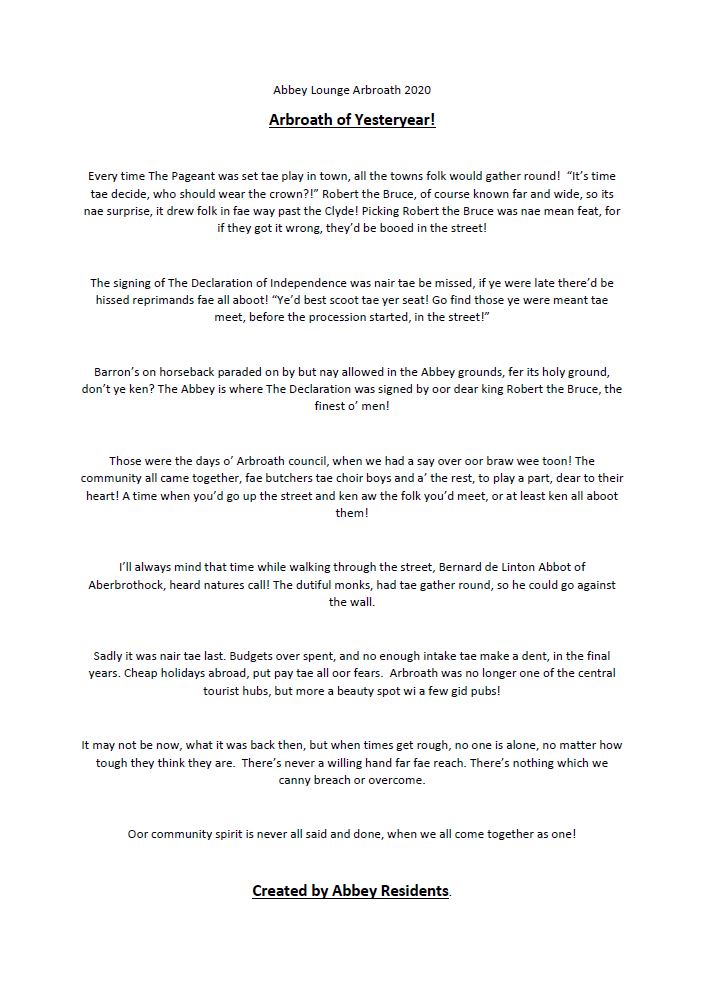 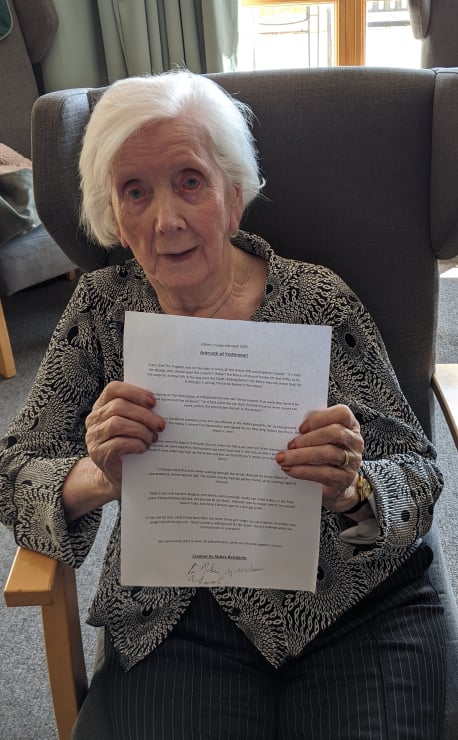 Whether you’re choosing a permanent new home for your loved one or they’re staying short-term for a respite break, Balhousie Care can cater to your needs. We’re welcoming new residents and they’ll be assured a home-from-home that’s not just comfortable and welcoming but one that follows first-class infection prevention and control.

Our new residents and their families can be confident that we are doing everything possible to keep them happy, healthy, fulfilled and safe.

Choose from nursing, residential, dementia, respite and palliative care across 26 award-winning homes. Take one of our virtual tours or email us: enquiries@balhousiecare.co.uk