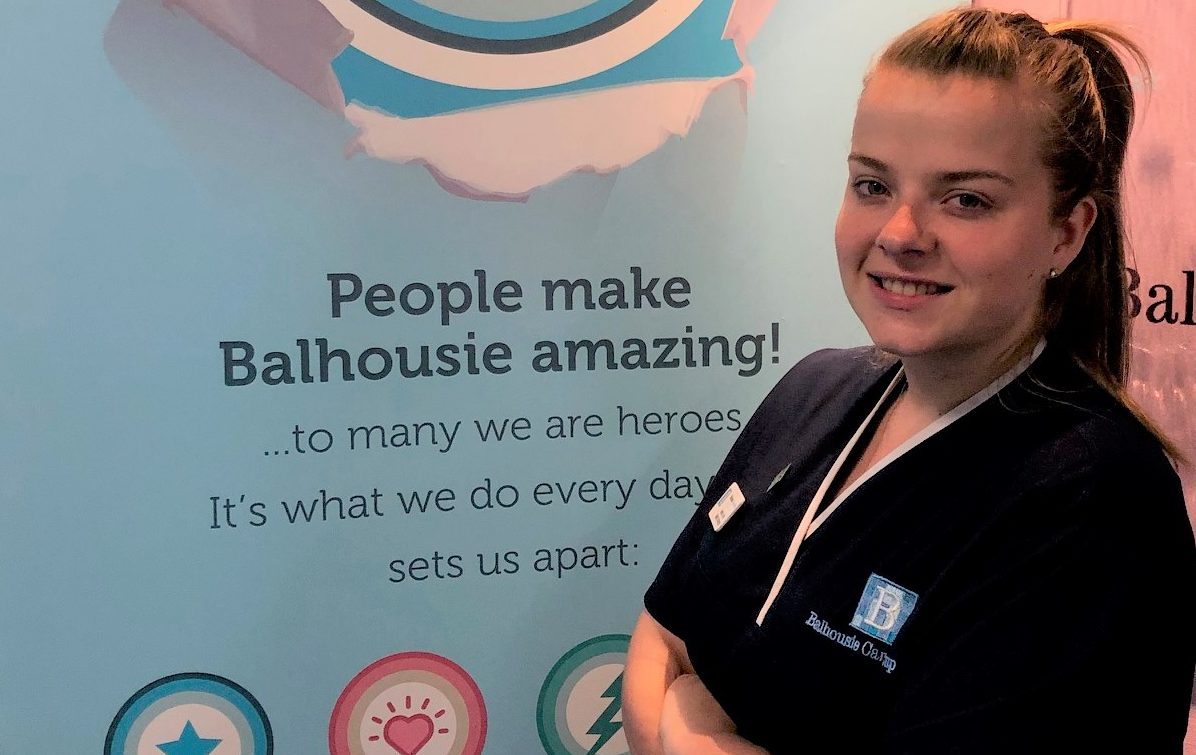 Amber Smith knew the care profession was her calling in her mid-teens. At the age of about 13 she began helping her mother, a single parent, look after Amber’s brother, who has ADHD. “It was basic things like helping to make sure he was up for school, and being with him when my mum was working. I started to enjoy the responsibility of helping others,” she says.

When Balhousie Coupar Angus opened, Amber applied for a job there as a care assistant. Two years later, she was promoted to senior carer. She studied as she went, securing an SVQ2 and SVQ3 in social care.

When in February 2019 Amber was offered the role of acting deputy manager, she was in a perfect position to take it, having worked her way up and knowing the care home inside out. But she was 24 and admits she was nervous – particularly at the prospect of dealing with older members of staff who were now her junior. Her reservations proved unfounded. “I’ve had nothing but positive comments. The entire team has been really supportive. Residents and family members have been too, telling me I deserve it. That really means a lot.”

Amanda Sword, who took over as the home’s manager in the Spring, believes that being young has made Amber’s career development easier. “It certainly hasn’t been a barrier, and I can see Amber gaining in confidence even in the short time I’ve worked with her.”

In April of this year Amber secured the permanent deputy manager’s role. Says Amanda: “Being a deputy manager, especially without any nursing experience, undoubtedly has its challenges but staff have accepted her for the experience and knowledge she has in many other areas.”

Amber is thankful to the continuous development and training provided by the care home’s operator, Balhousie Care Group, which is still helping her as she rises through the ranks. “I’ve done management and leadership courses, and been trained in all aspects of the job, including how to have difficult conversations. It’s all been hugely beneficial. I think the training here is top notch anyway but for someone like me who doesn’t like to stand still, it’s hugely important for me being fulfilled. I just love learning,” says Amber, currently studying for her SVQ4 in Social Services and Healthcare.

Amanda agrees: “She enjoys new challenges and learning from these experiences.”

Amber wants to continue moving upwards and is considering a nursing degree. “The people working higher up, in operations roles at head office, for example, have nursing degrees. It just gives you a fuller understanding of the role.”

What does she love most about working in the private care sector? “There are excellent opportunities for career progression. I’ve moved up quickly and started as a care assistant. I love that I’m busting the myths of working in care.”

And her advice to anyone else entering the sector? “I would say to remember to always work as a team. The job gets much harder if you don’t work together.”