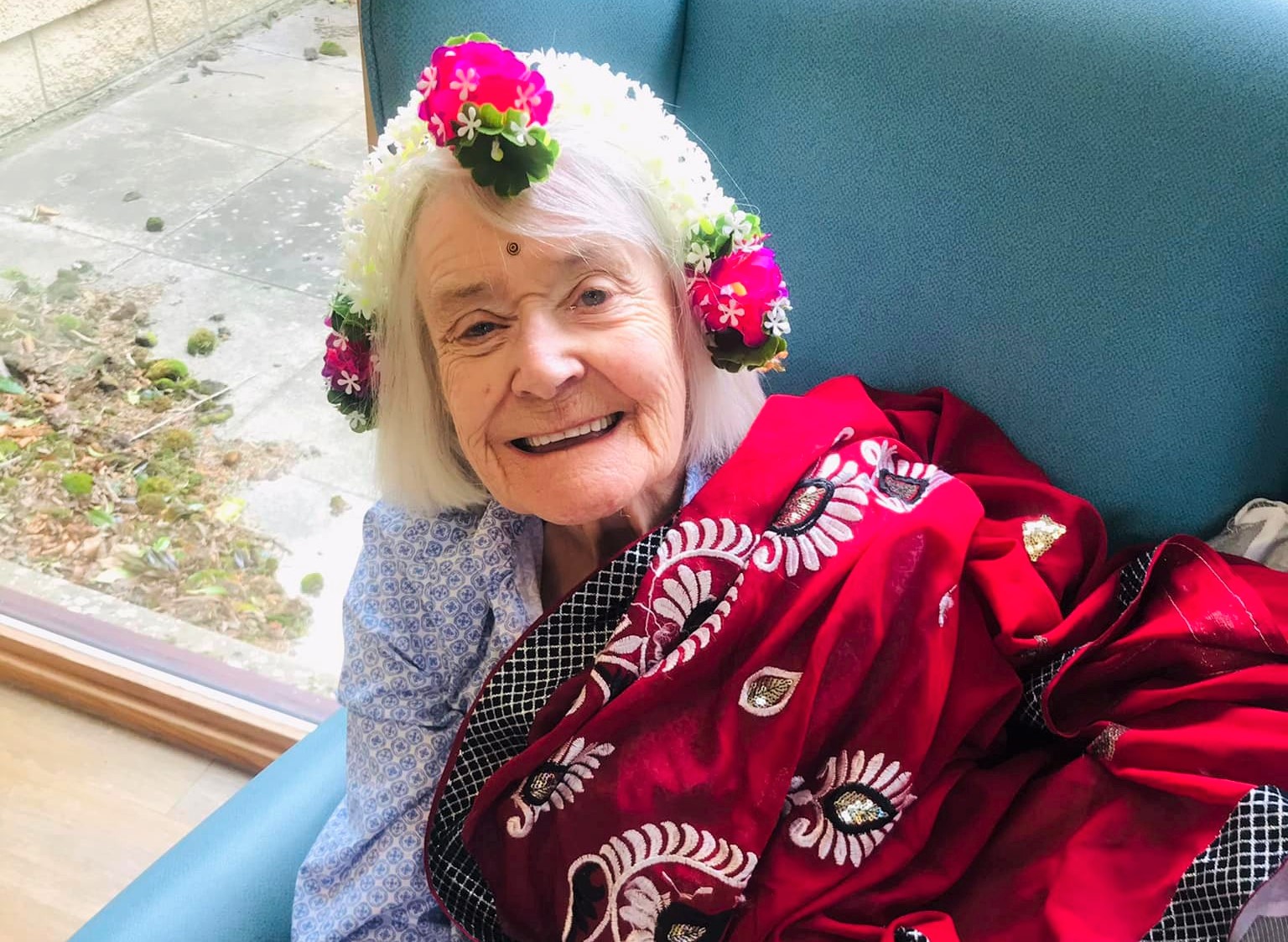 At Balhousie Willowbank in Carnoustie, they’ve gone all ‘Bollywood’! Complete with ornate and colourful saree, bindis and headflowers, modelled perfectly here by our beautiful Pearl.

Bollywood is the hindi sector of the Indian movie-making industry that began in Bombay in the 1930s and developed into an enormous film empire. At Willowbank it’s adapted to a fun set of exercises. Like Zumba – the Latin equivalent – it’s a fitness trend that involves dancing. In this case, the exercises are like the dancers at the end of Bollywood movies, performing traditional Indian dance moves.

As Mandy had been to India on several occasions she had the saree and bindis, so she expanded the Oomph activity to combine Indian dress with the video and gave a demonstration on how to put it on before video started. There were six ladies joining in that day who all enjoyed putting on the bindis, and trying on the saree. When the video came on they were all trying out the dance movements… they were still talking about it the next day!

Bollywood dance is aerobic and upbeat, boosting the oxygen supply to key muscles. And obviously boosting the smiles too.

The Carnoustie care home is looking forward to the next time – they’ll be experts before we know it! 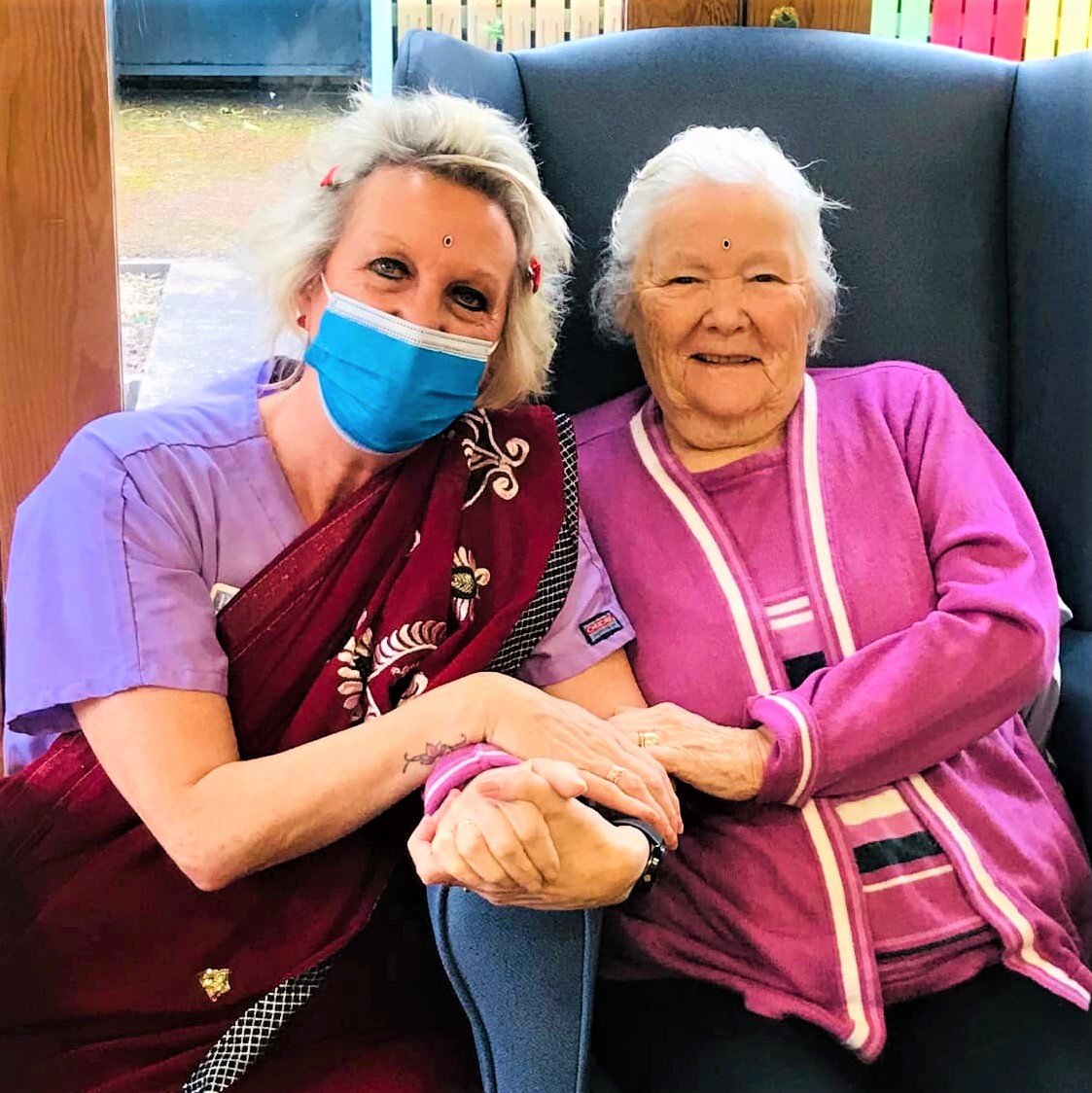 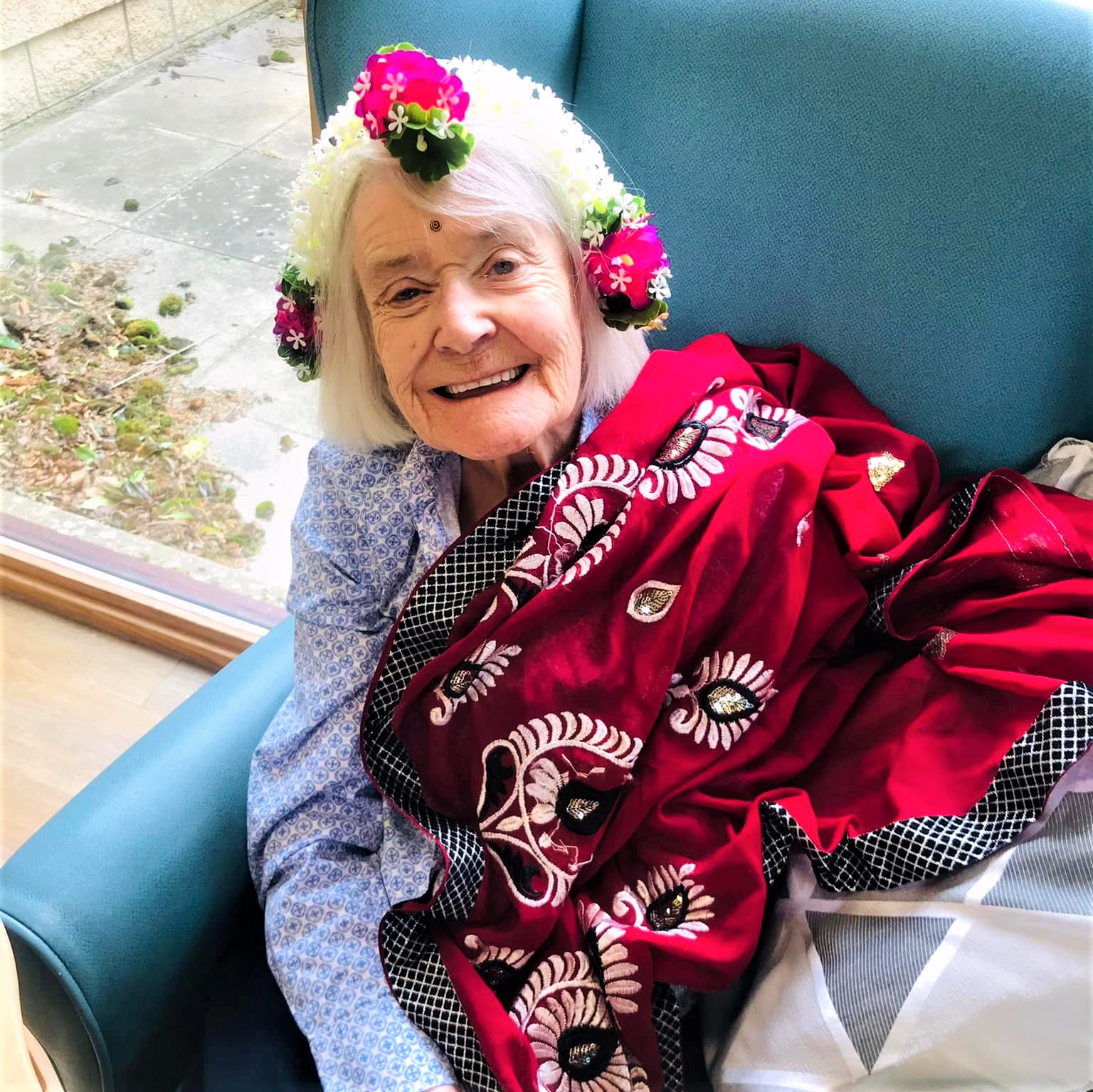