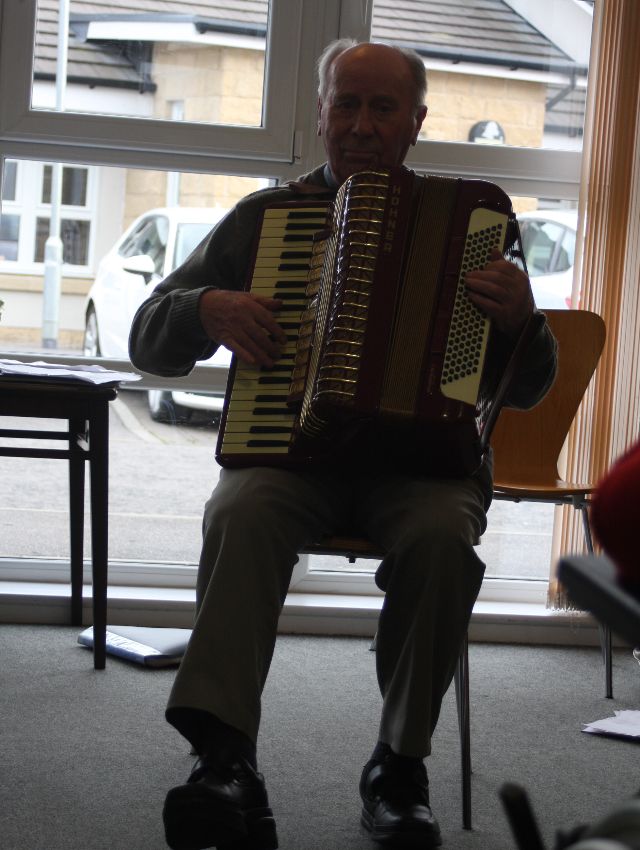 Resident Rob Niven was part of a dance band along with his father and brother when he was younger, calling themselves ‘The Nivens‘. Before coming into Balhousie Huntly Rob hadn’t played his accordion in 3 years but since moving into the home Rob has started playing again and hasn’t lost the knack.

When Liz from the Huntly Quines was in visiting one day she heard Rob playing from his room and realised that it was his band who played at her wedding many years ago. After a good blether Liz asked him to join them at their next concert which Rob was unsure about but after some persuasion he seemed quite keen.

Then on Wednesday 24th October half way through the Huntly Quines Concert Rob joined the ladies for a few tunes on his accordion. Rob was fantastic and he received a roar of applause from all the residents, guests and staff who attended the concert.

“Helping residents maintain and rekindle hobbies & interests is a great passion of mine. I love to see residents still being able to play instruments despite being more frail, having dementia or an other medical condition.

We hope to see Rob playing along with the Huntly Quines again in the near future.”