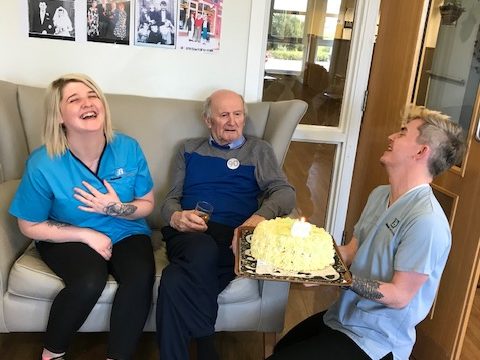 Balhousie Huntly had two very good reasons to celebrate this week when two of its residents turned 90 on the same day.

On Thursday 23rd April, residents Jean Mark and Henry Smart celebrated 90th birthdays. Both Jean and Henry had a very enjoyable day despite not being able to spend their birthdays with their relatives. All of the staff at Balhousie Huntly wish Jean and Henry many happy returns.

Jean was born and brought up on Bommakelloch farm in Drummuir. Once married she settled at Little Pitlurg farm in Drummuir with her husband Jimmy and in the following years were joined by their 6 children. Jean has also been blessed with 17 grandchildren and 2 great grandchildren.

Jean had a very enjoyable life farming and in particular loved her role as lambing shepherdess during lambing time. Many of you may have seen her star on BBC News and ITV’s This Morning last year in stories about lamb visits to the home. Jean has always been a very sociable lady and continues to enjoy many of her hobbies and interests at Balhousie Huntly, including gardening and chair exercises.

Henry was born and brought up in Auchterless. Henry was the middle child of his parents 13 children and is the eldest of the remaining 4 of them left. Henry married his wife Flo in the early 1960s and in late 1960s he and his wife were blessed with their daughter Audrey. 1994 saw the arrival of the first of Henry’s 4 grandchildren which brought him much delight.

Henry was well known from having the paper shop in Turriff for 26 years, retiring in 1993. Prior to having the paper shop Henry and his wife owned a chip shop in Macduff but sold up in 1967 when their daughter arrived. When they retired from the shop, Henry and his wife enjoyed many holidays abroad including a 6-week round the world trip in 1996 to various places including Fiji and New Zealand. 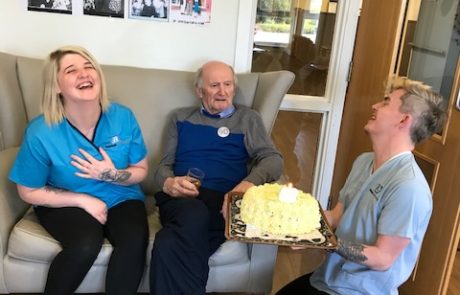 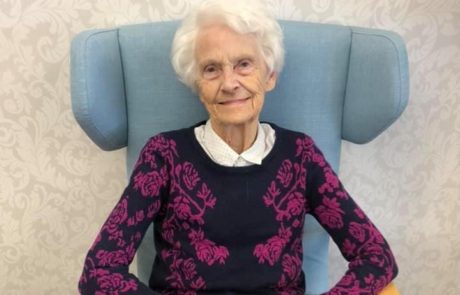 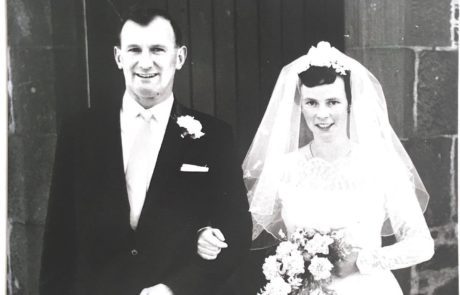