Tony Banks reveals the ups, down and life lessons of 30 years at the helm of Balhousie Care Group 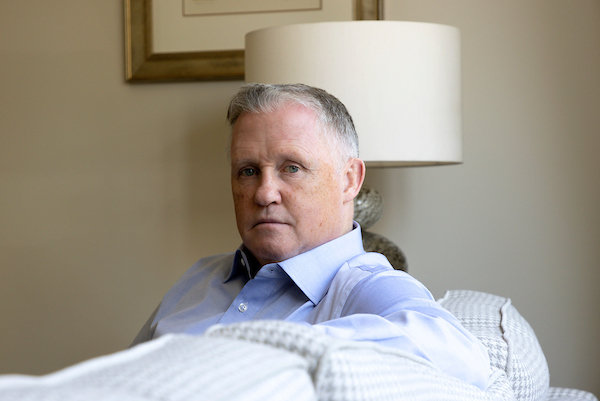 In a candid interview celebrating his company’s 30 years in business, entrepreneur Tony Banks reveals the ups and downs of being at the helm of Balhousie Care Group.

Admitting that he almost threw in the towel in the early days, Tony talks about the challenges of starting a business, of entrepreneurship and of the care sector as a whole in the latest Balhousie Podcast.

The former Army Para turned businessman says he was a born entrepreneur; he first “turned a coin” at the tender age of 11. He opened his first care home in Kirriemuir in 1991, where he and his family lived ‘above the shop’ in what is now Balhousie Lisden.

In the podcast, he shares his thoughts on how the care sector is perceived, and why Balhousie is still a major force after three decades. The original idea was to have just one home, says Tony. “But my ambition got ahead of itself and I felt we could do a lot more.” That resulted in Balhousie expanding to six regions, 1400+ staff and 26 facilities providing older person, dementia and specialist care.

“I’ve seen a lot [of care providers] come and go and we’re still in the game and that is a huge accolade,” Tony says of Balhousie’s longevity and multiple awards. The latest accolade came for Tony himself: a commendation in the Scottish Ex-Forces in Business Awards. “Our sector takes a kicking and far too much as far as I’m concerned. But I know we what a good job we do,” he adds.

The company recently launched a 30th anniversary video featuring staff and residents and a bit of clever camera trickery, filmed partly at the original Balhousie Lisden.